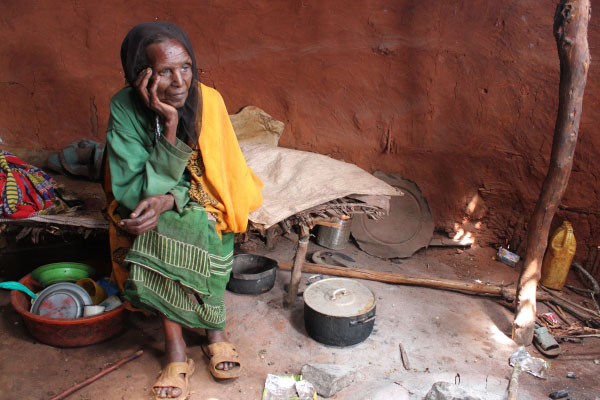 Older people in poor countries are being left behind in development work, according to the Secretary of State for International Development, Penny Mordaunt MP.

Global experts on ageing, including Age International, are urging Governments across the world to engage better with demographic change.

Speaking at the International Longevity Centre (ILC) Future of Ageing conference, Penny Mordaunt told attendees that: ‘People are living longer – and this should be celebrated. But too often, older people in poor countries are being left behind in development work. We want this to change.’

As Secretary of State for International Development, Mrs Mordaunt heads up the UK government department responsible for international aid.

‘We will continue working with the international community to ensure that no one is left behind,’ Mrs Mordaunt says.

‘We also know there is much we can do - now - to recognise the contribution of older people, that they make to their families and communities. And take advantage of the opportunities when investing in later life.’

New research commissioned by Age International reinforces the Secretary of State’s speech, and identifies that an increasing number of older women and men are in the labour force globally.

Older women are doing a disproportionate share of the work when unpaid domestic and care work are taken into account. This unpaid work is often overlooked, undervalued and unsupported but is hugely important in sustaining families, communities and economies.

‘Today’s conference is a valuable opportunity for government, policy makers and NGOs to recognise the contributions older people make in society and ensure they are given the support they need.’

‘As life expectancy around the world rises, it is increasingly important that older women and men are given the support and respect they deserve.’