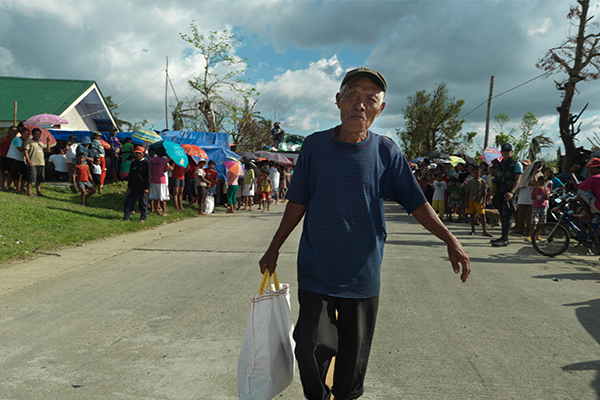 On 15th September 2018, Typhoon Mangkhut struck the Philippines – one of the strongest of its kind in the country’s history. So far it’s been reported that 1.6 million people have been affected, many of which are older women and men. Parts of northern and central Luzon, which is in the north of the country, have been most impacted.

Our long-standing partner, the Coalition of Services of the Elderly (COSE) conducted a rapid needs assessment to identify the impact on communities and how we can support older people affected.

As part of the needs assessment, shelter, potable water and livelihoods were identified as the key priority needs of the communities, and most of the older people who were spoken with requested food support. The majority of the people in the assessed communities are low-income and live in houses made of light materials, which were mostly destroyed by the typhoon.

Age International has given funding to provide initial assistance as part of the rapid needs assessment and to support affected older people.

Lucy Billings from Age International, said: “Typhoon Mangkhut is one of the strongest of its kind in the country’s history and around 95% of farmlands, which are the primary sources of livelihood, have been damaged. In emergencies like these, it’s important to remember how older people can be affected and identify how we can support their specialist needs.”