How an older refugee returned to dance

In Tanzania, thousands of Burundian refugees are trying to rebuild their lives following terrible traumatic violence in their home country. Three people - with three very different stories - tell us how donations to Age International help to give them hope. 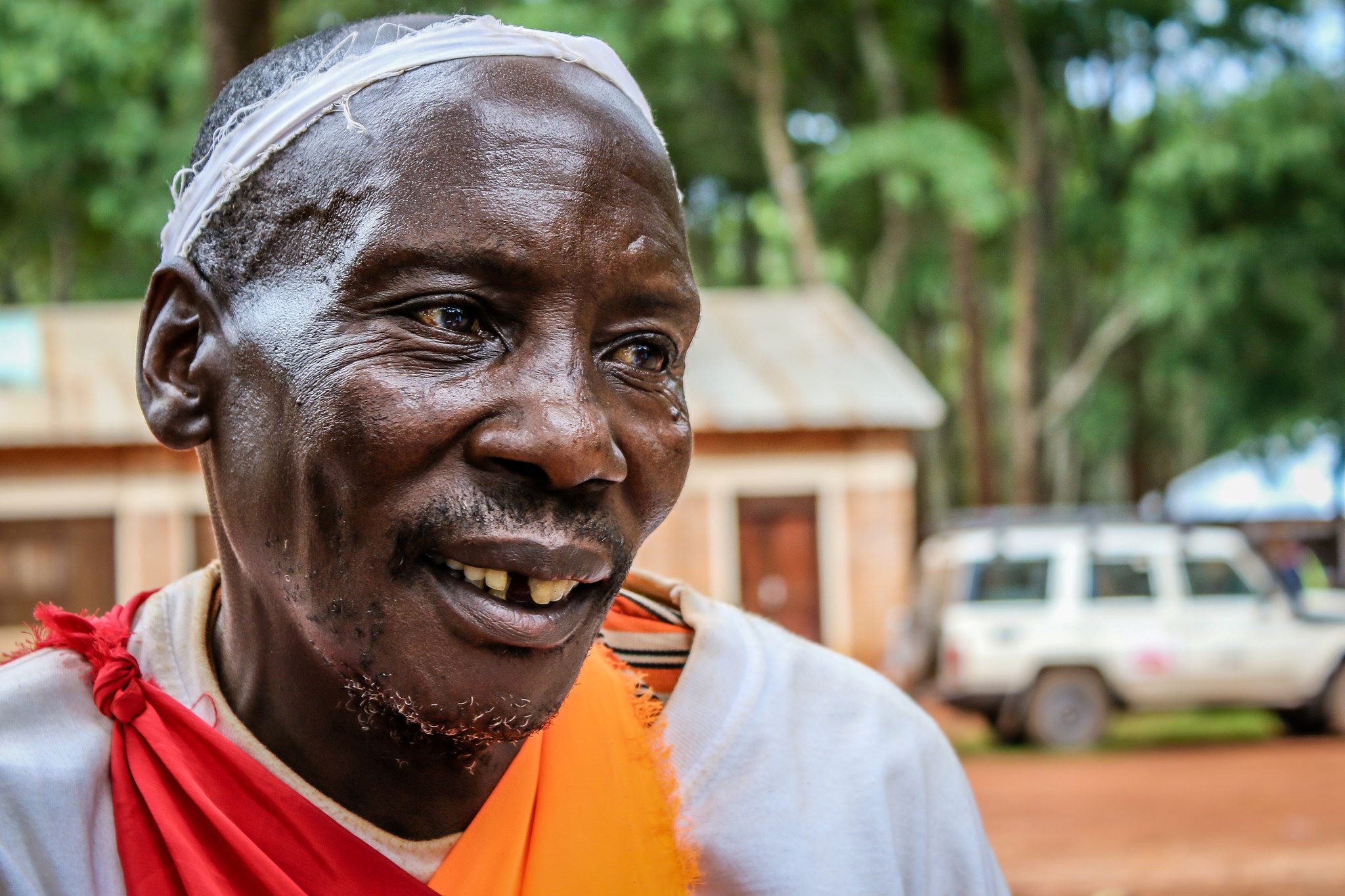 Pictured: Augustin, 66, chats to us in the refugee camp in Tanzania

Whenever Augustin walks, his foot swells up and hurts. His condition is undiagnosed, but he has struggled with movement for years. 'It made it very difficult to walk from Burundi to Tanzania,' the 66-year-old tells us 'But I saw people in Burundi being burned alive. I knew I had to escape.'

Burundi is a country in East Africa with a population size similar to Belgium. It is one of the world's poorest nations - and a country that has been struggling with conflict for decades. 'This is the 13th time that I have fled Burundi for Tanzania,' Augustin says. 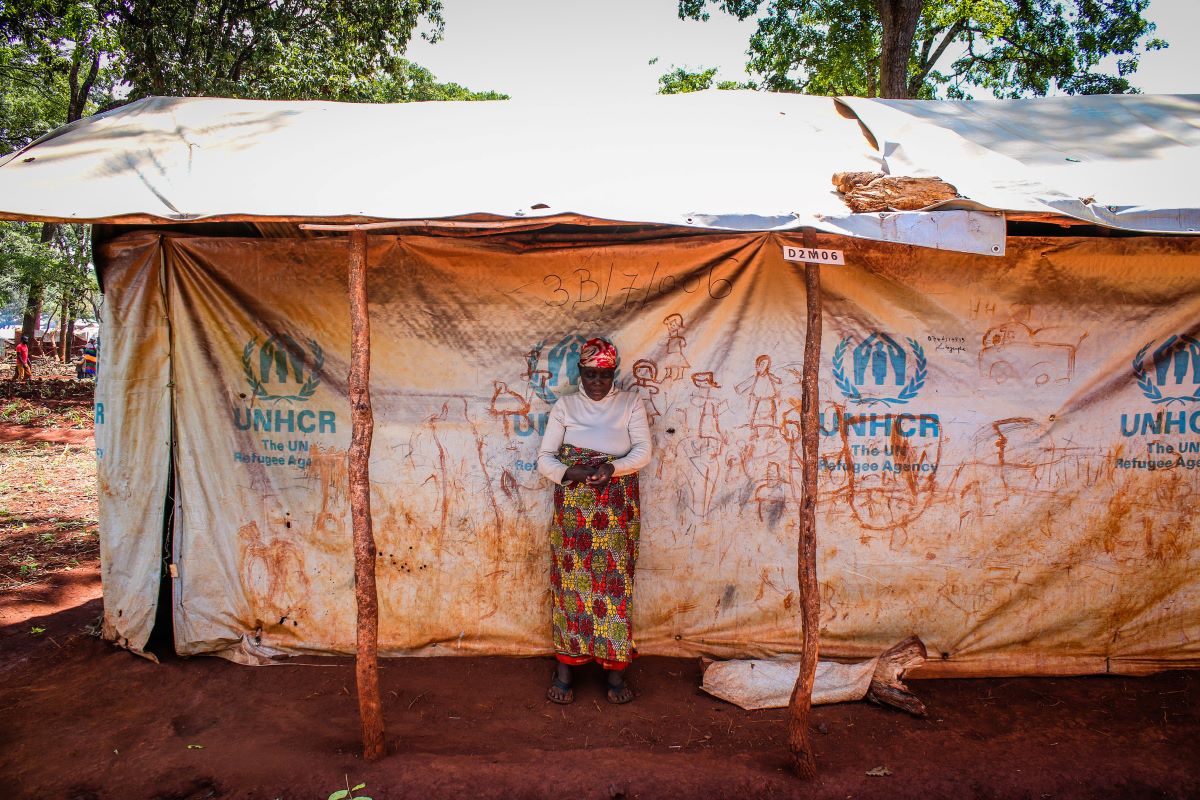 Pictured: A woman stands in a refugee camp for Burundians in Tanzania

Augustin is getting medical care in the refugee camp, from a clinic funded by Age International. When he arrived in Tanzania, his foot was so swollen that he couldn't get his shoe on. 'Now I can put on my shoe and walk,' he says.

Now that his foot is better, Augustin has been able to join the small community dance group we set up in his camp. It is one of a number of clubs - from all-female volleyball to hand-football -  that older people can join as part of our mental health and wellbeing programme.

Despite his foot problems, Augustin has always had a passion for dance. 'It helps relieve my stress!' he says. 'It’s great coming together as a community. My future is bright because I have your support.' 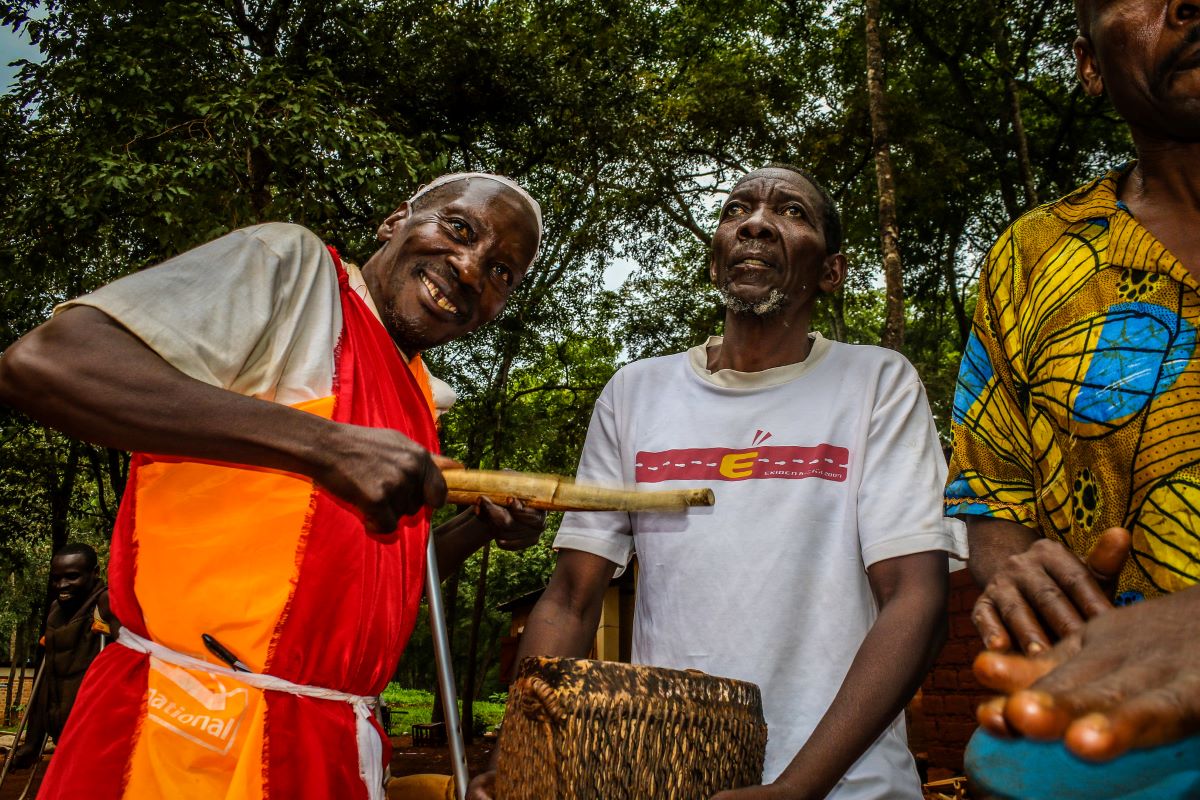 Pictured: Augustin with the dance group he has joined in the refugee camp

Grandmother Ninzizi also fled from Burundi to Tanzania and, like Augustin, found the journey challenging. 'There were eight of us, including four children,' explains her brother-in-law, Theogene. 'We didn’t bring anything with us.’

'We had to carry Ninzizi because she was unable to walk. Her mobility issues started in 1999. I think it was because she was malnourished. She has memory problems, too. She can recognise us by our faces, but doesn’t know our names.' 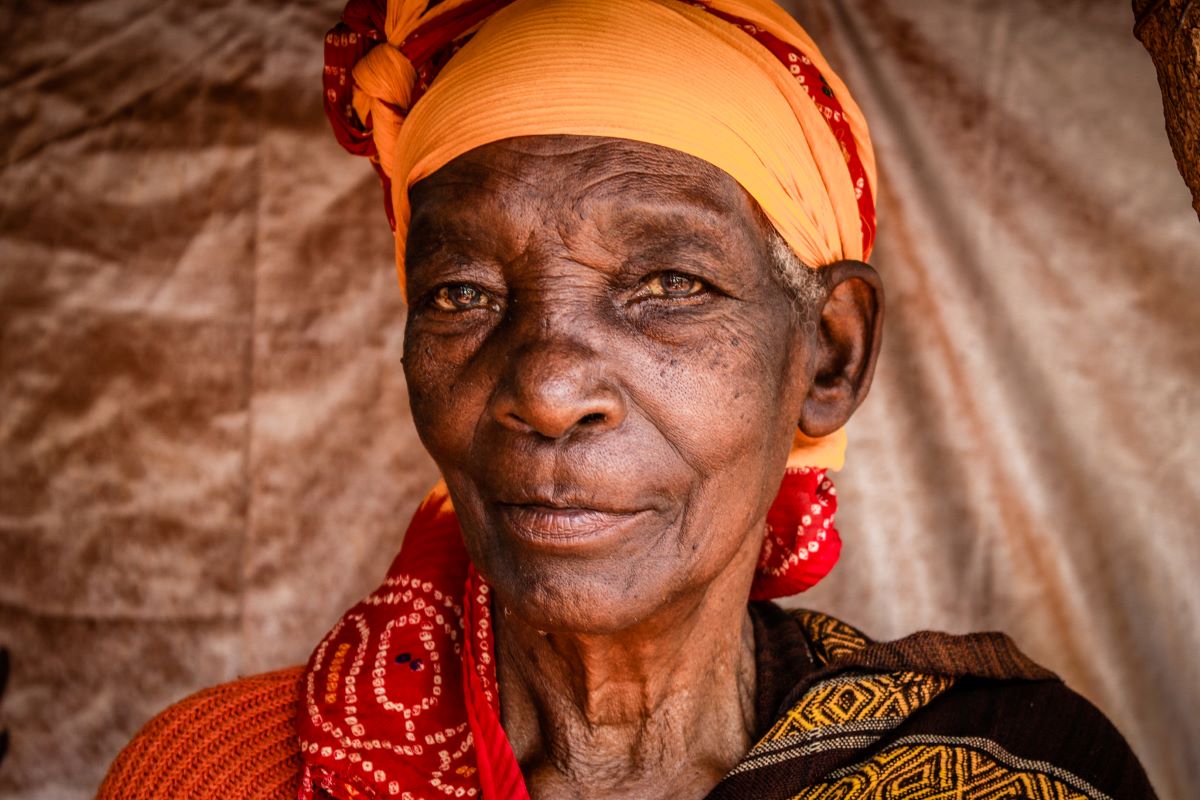 Pictured: Ninzizi is getting vital support thanks to Age International

Ninzizi, who is 74 years old, is also mute. 'She had nine children, but only one is still alive today,' says Theogene. 'Four were killed during the war. One died from tuberculosis. One starved.'

'After that, she developed mental health problems. She started calling her grandchildren by the names of her sons and daughters who had passed away. She stopped selling groundnuts and bananas. She started excreting everywhere, unaware of what she was doing. She stopped talking in 2007.'

Theogene and his wife, Emelyne, care for Ninzizi in the refugee camp. 'We feel her skin to tell if she is ill. We can work out if she is hungry by the way she moves.’ 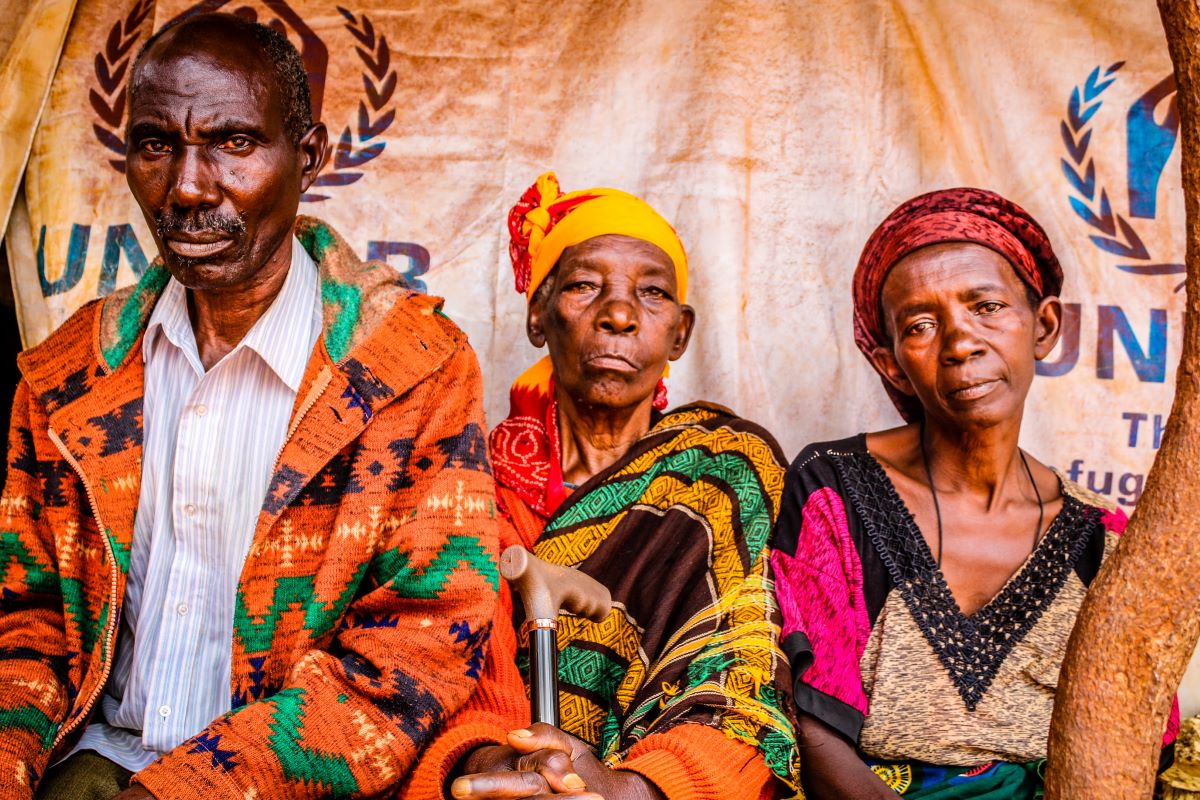 Pictured: Ninzizi with her daughter and son-in-law, Theogene

Today, around 8.5% of the world's refugees are older. In the Tanzanian refugee camps, thousands are identified by the UNHCR as 'people with specific needs'. Getting the right kind of help and support to these people can be a challenge for aid workers. But it is crucial that they are not forgotten.

Theogene says that - thanks to your donations - Ninzizi's condition is actually improving in the refugee camp. 'She has been slightly better,' he says 'You take her to the hospital in a tuk-tuk. She goes at least once a month, sometimes every two weeks. Before, she couldn’t stand on her own. Now she can.’ 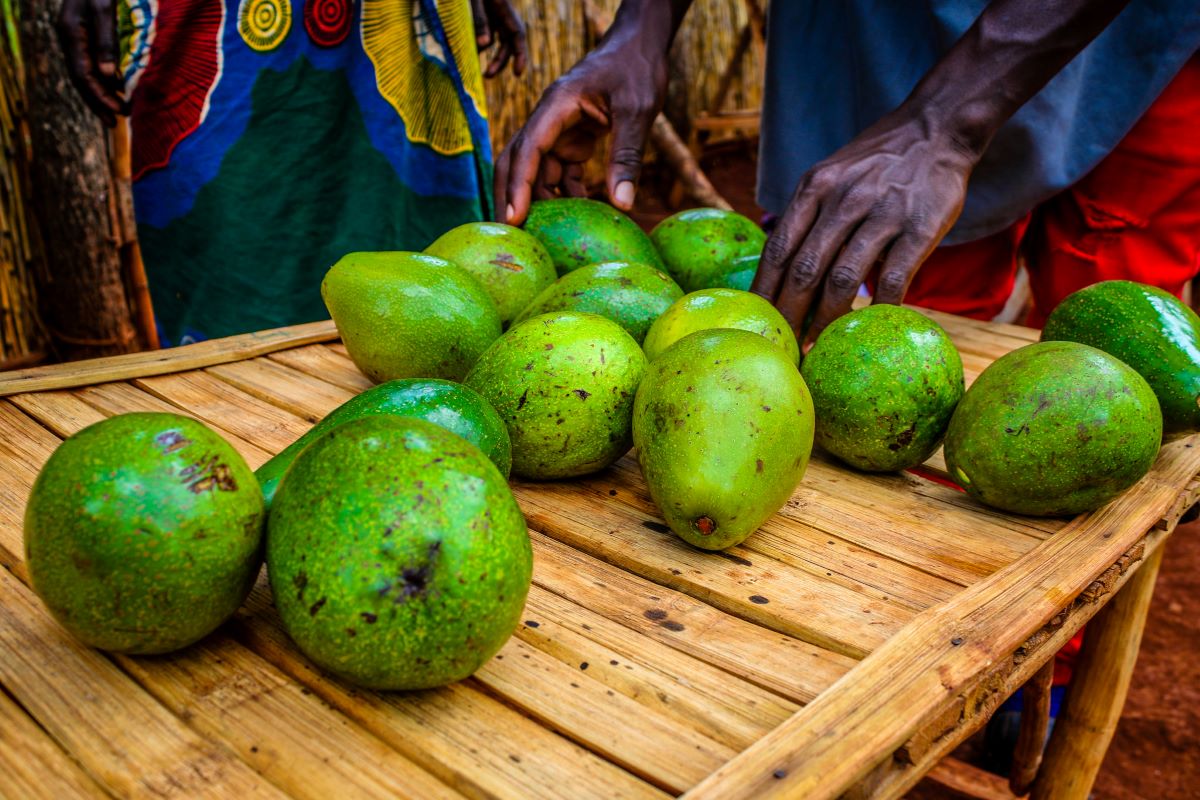 Donations made to Age International have helped Ninzizi's family to buy essentials like clothes, mattresses, and soap. 'Before we had the mattresses, we were not sleeping well – it was painful to lie on the hard floor. Now she is getting more rest.'

Theogene has even been able to start a small business in the camp - buying and selling avocados. 'I make about 32p a week and use the profits to buy food for us,' he explains. 'The rations that World Food Programme provide are not right for her, so we go out and buy food that is more suitable.'

'Without your support, I believe one of us would have passed away.' 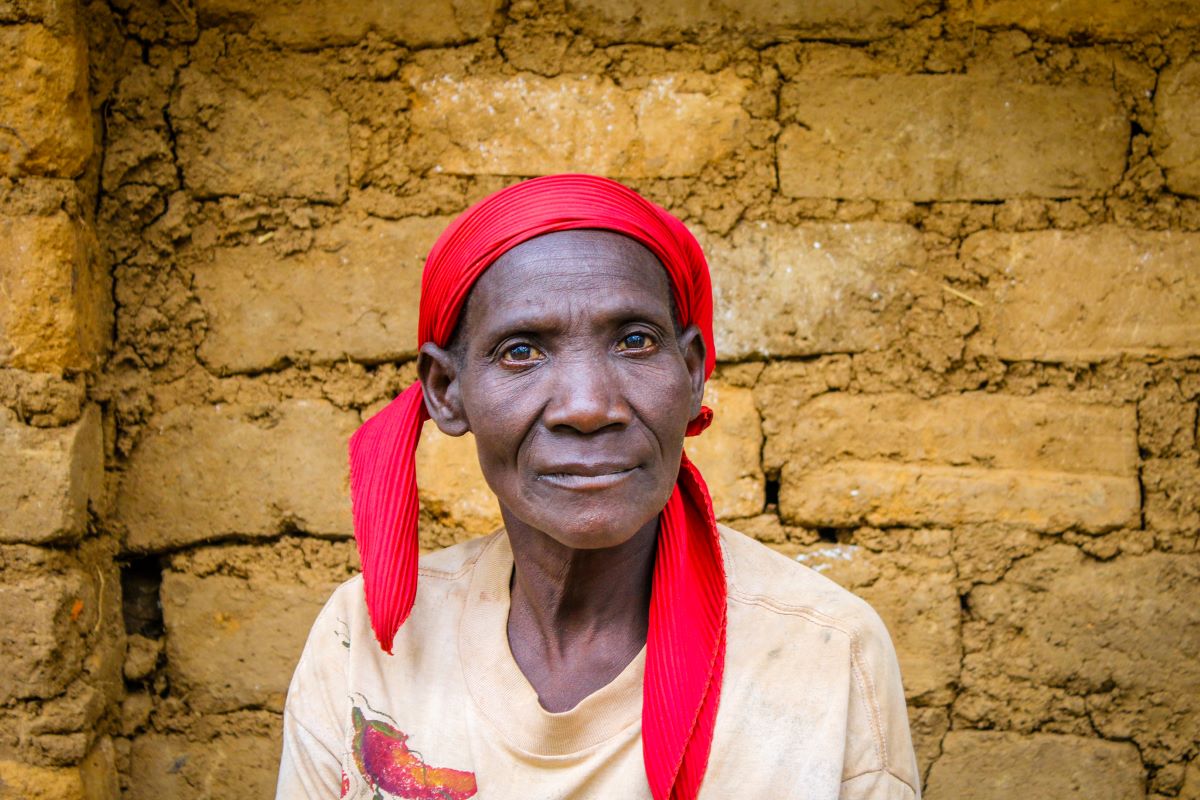 Pictured: Dafrusi, 63, who was accused of witchcraft

For Augustun and Ninzizi, the physical challenge of reaching Tanzania proved to be a huge struggle. For 63-year-old grandmother Dafrusi, the challenges began in the refugee camp.

'One neighbour asked to borrow money from me and then she didn’t return it,' Dafrusi says. 'So she started spreading rumours that I fled Burundi because I am a witch.'

Witchcraft accusations are a serious problem. They often result in the accused being violently attacked, or even killed. 'The community isolated me,' Darfusi remembers. 'They threatened to kill me. I had no place to go, no friends to speak to.' 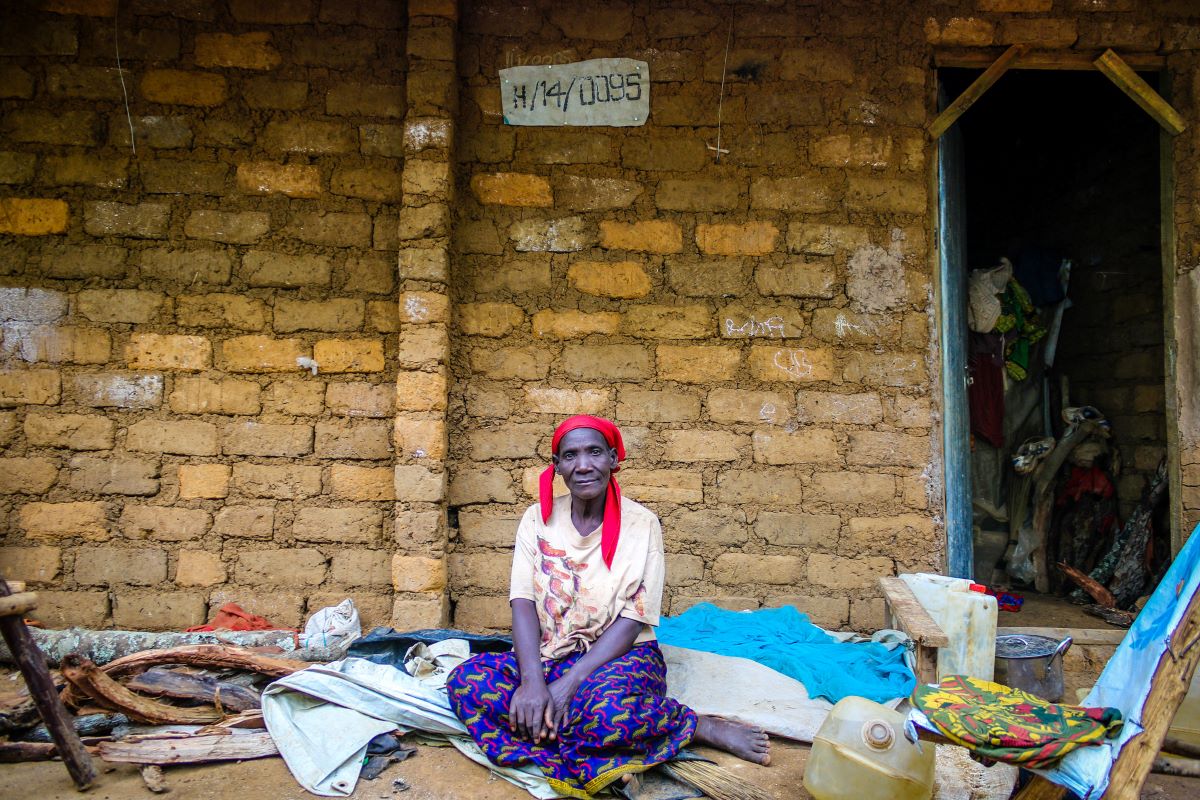 Pictured: Dafrusi sits outside her shelter in the refugee camp

During times of crisis, our programmes target the most vulnerable older people and make sure they are safe from violence and abuse.

'You called a meeting in my community to stop the accusations,' Dafrusi says 'You talked to community leaders, to the chairperson of the village and to the zone leader to make sure that the accusations would not take root.'

'Now everything is okay,' she says 'We all get along. Some people have apologised. I even talk to the woman who started the rumours! She returned the money. What you have done is raise awareness in the community that calling someone is a witch is not acceptable.'

'My neighbours had been planning to burn me in my tent. If you had not gotten involved, I would have been killed.'

*all names have been changed

Give a gift today

Please, help us to be there for the people who are so often forgotten by others.