How do you cope with a devastating cyclone when you're 89-years-old? We explore the impact of Cyclone Idai on older people and see how donations provide vital support to the most vulnerable. 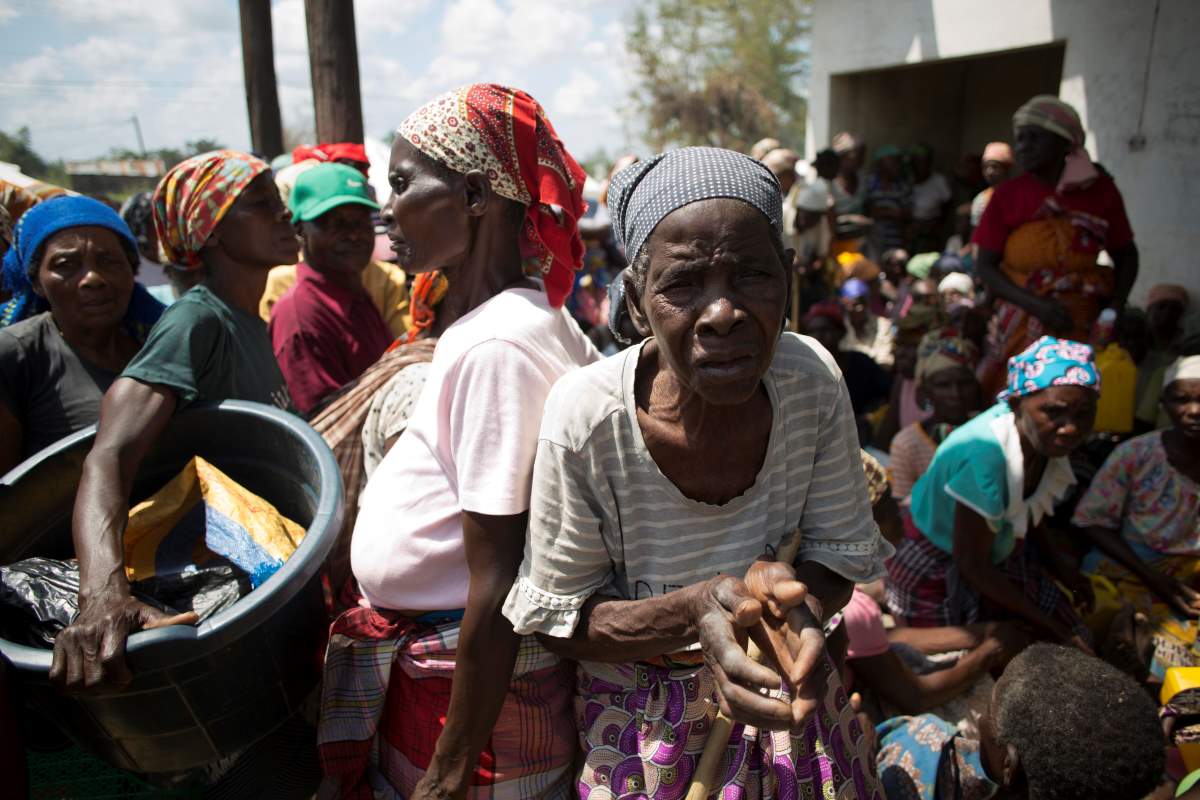 Pictured: Women wait for food aid in an emergency camp, in Mozambique

Agnes is 89 years old. When the storm hit, her home - which was already flimsy and made from poor materials - collapsed on top of her. Agnes survived Cyclone Idai. But she can no longer walk without help.

“I was living alone,” she says “Even then, it was hard to do the household chores by myself. Now, I have difficulties walking.”

We often think of Africa as a youth continent, but at least 43 million people there are aged over 60. Since March 14 when Cyclone Idai swept through Mozambique, Malawi and Zimbabwe - wiping out cities and leaving millions without homes, food and clean water - older people like Agnes have been some of the worst affected. 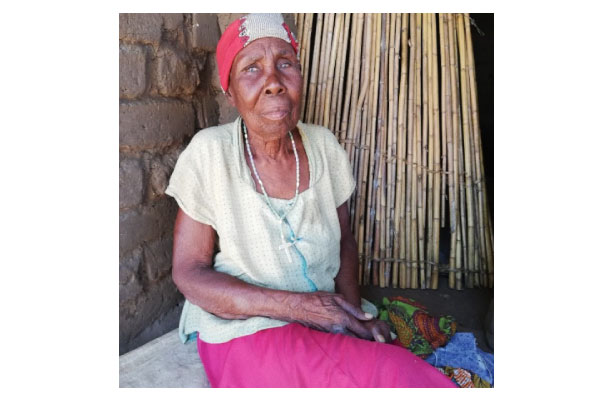 Pictured: Agnes, 89, is being helped by Age International

After her home collapsed, Agnes was rescued and placed in an emergency shelter. But she can no longer cope on her own, so she is living with a neighbour.

Agnes relies on the kindness of her community to get through every day. Thankfully, she also has support from people she has never met before, living seven thousand miles away in the UK. Thanks to your donations to Age International, Agnes is being reached with vital aid and support.

Reaching those who lost everything 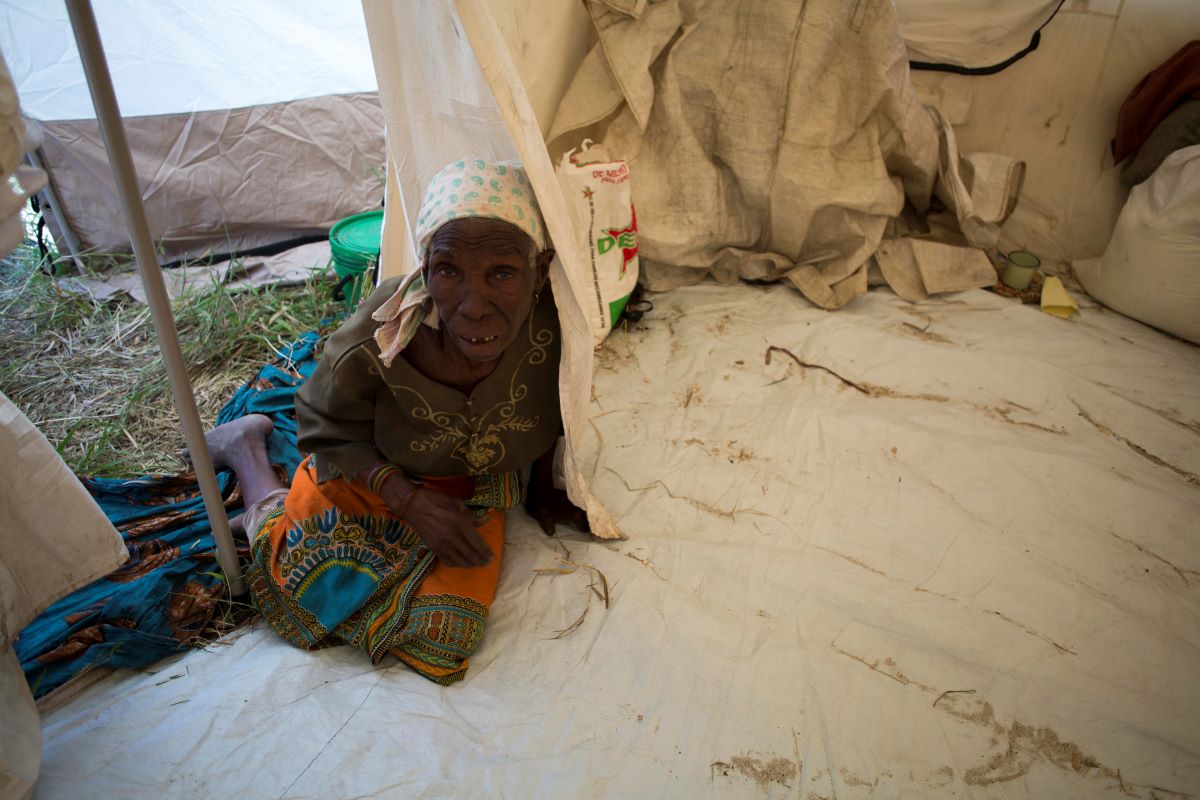 Pictured: Tsai in an emergency shelter, which has been provided by UK aid

In Mozambique, the story is similar. We meet Tsai who, like Agnes, was also inside her house when it collapsed and who also suffered serious injuries as a result.“Our neighbours dug us out,” she recalls.

Tsai doesn't know how old she is. She lives with her husband, who is badly injured too. "We will never be able to rebuild our house on our own," Tsai says. 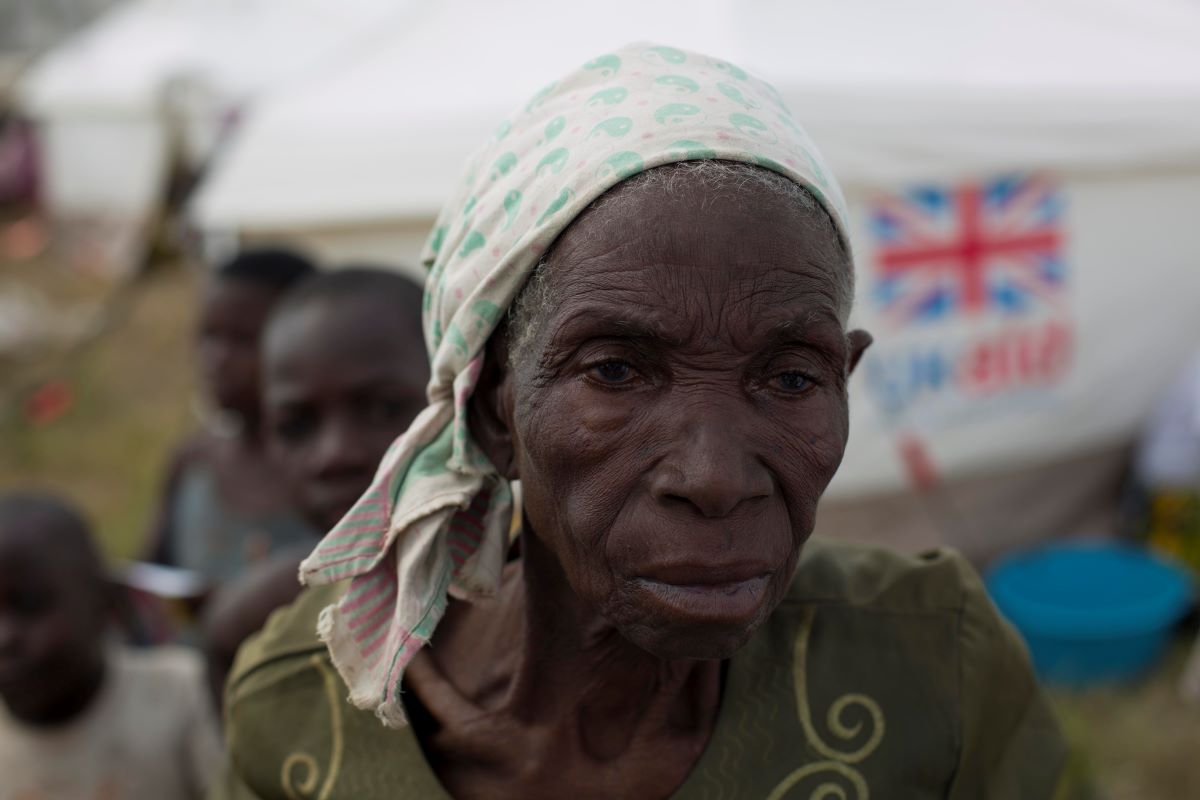 Pictured: Tsai, who worries how she will survive with a serious injury and no money

Your donations are helping us deliver clean water, food, clothes and hygiene kits to older people like Tsai. After the initial phase of life-saving relief is over, it will be crucial to help families rebuild and regain financial stability. Donations to Age International help to make sure that - when it comes to getting people back their feet - older people are not left behind.

Before this disaster, Tsai and her husband were supported financially by their daughter, who is a farmer. “Now, she has nowhere to farm,” Tsai says. “Everything is water.”

"We are asking for help.” 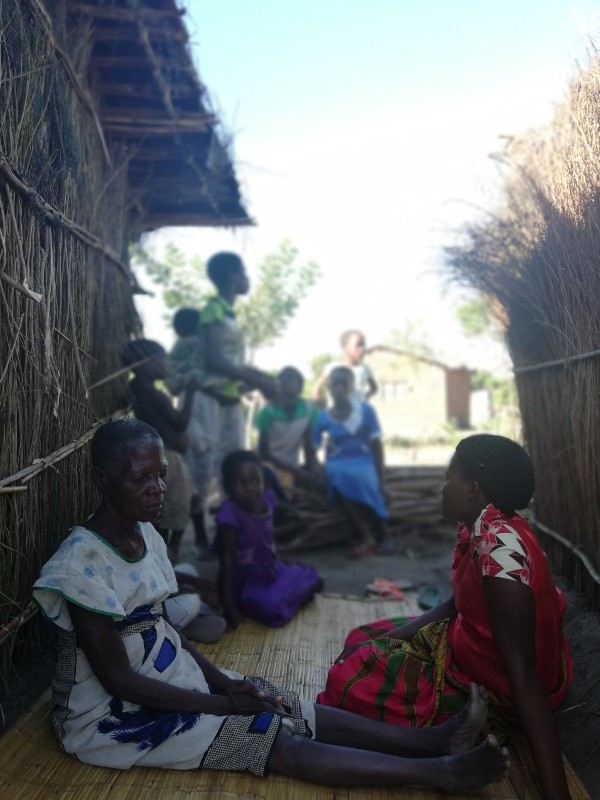 Pictured: Nelia, 75, with her daughter and grandchildren in Malawi

Nelia Aaron is 75 and from Malawi. The cyclone washed away her home. Her daughter rescued her from the floods.

Now she lives in a temporary shelter made out of grass and plastic papers, built by her 13-year-old grandson. Seven of them live there – Nelia, her daughter, and five grandchildren.

“I’ve been working in Humanitarian Aid for the past 12 years now and - aside from Haiti – I haven’t seen anything like what I’m seeing right now," says Kizito Chiwala, Country Director of HelpAge Mozambique, one of our partners on the ground.

Conditions for survivors can be cramped and unpleasant. Kizito recently visited a campsite where one emergency tent, built for four people, was actually housing 13 vulnerable older women. The temperature was around 40 degrees Celsius. No clean water. No latrines. 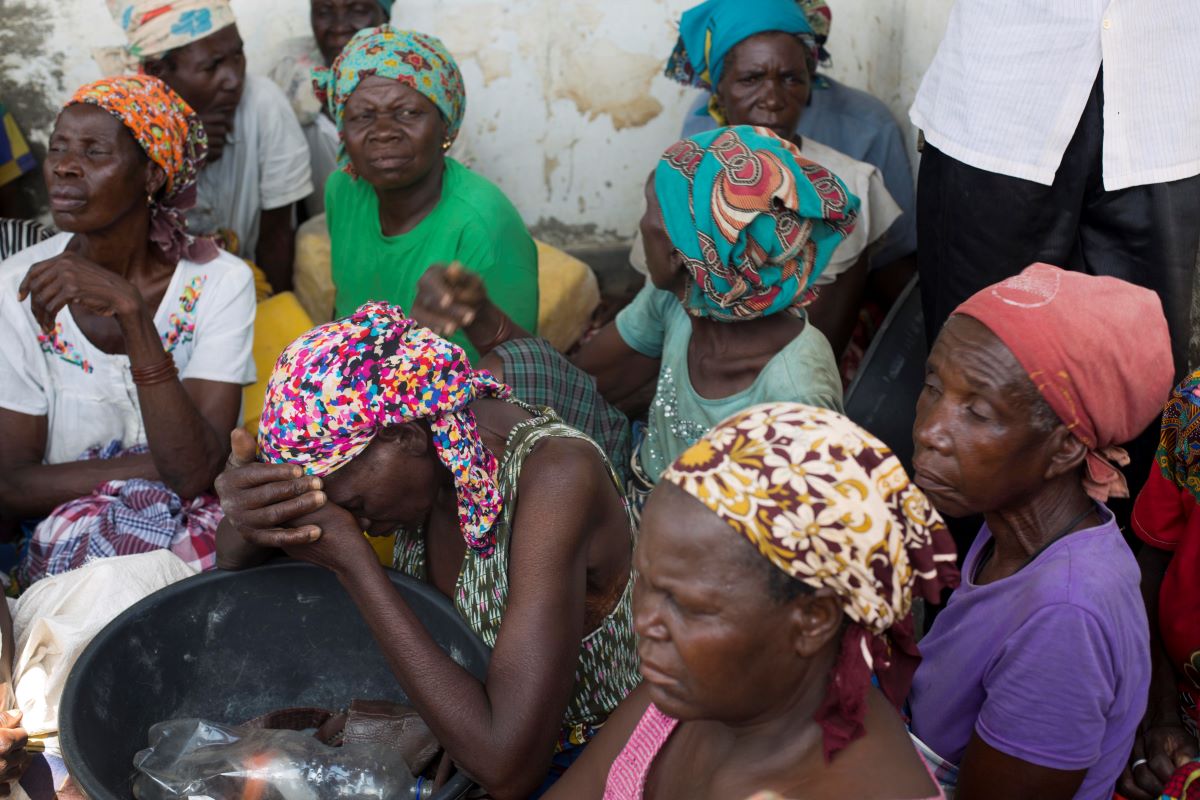 “Older people need to be treated with some humanity. Because, right now, they aren’t,” Kizito told us.

Donations to Age International are helping to restore dignity to older people in this crisis, by giving them a voice. We are on the ground speaking to older people in Mozambique, Malawi and Zimbabwe, to find out what they need, and build our programmes around what they tell us.

Outreach teams - made up of nurses, social workers and volunteers - will be active in all three countries, to deliver health support, care at home, and psychosocial support for traumatised older people. Our teams will also refer people to services that they need and help to keep them safe.

The long road to recovery 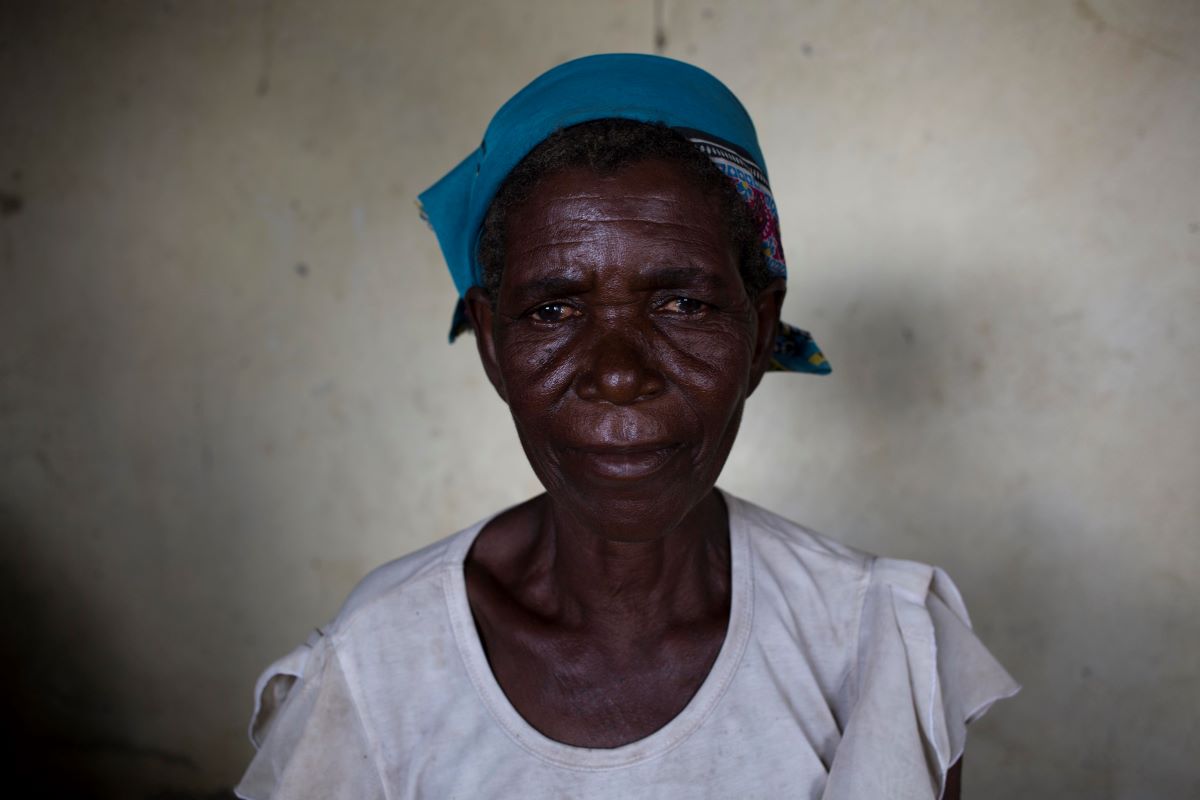 Pictured: Ines, who lives in Mozambique, used to grow maize and tomatoes

“I lost my medication in the storm,” says Ines, who lives in Beira, Mozambique – one of the cities worst hit by the storm. “I came to the hospital to get more but they don’t have much. What I got won’t even last for 7 days. There’s just not enough medicine.”

Aid is getting through on the ground - but it will take time to recover from Cyclone Idai. The scale of the disaster is huge, and the challenges on the ground are numerous. Outbreaks of cholera, for example, are further complicating conditions.

Cholera is particularly dangerous for older people who - because our immune systems weaken as we age - are more likely to die from waterborne diseases. It is crucial that older people have clean water. In Mozambique, we have set up water purification stations in nine health centres, which each produce over 12 thousand litres of clean water per day. 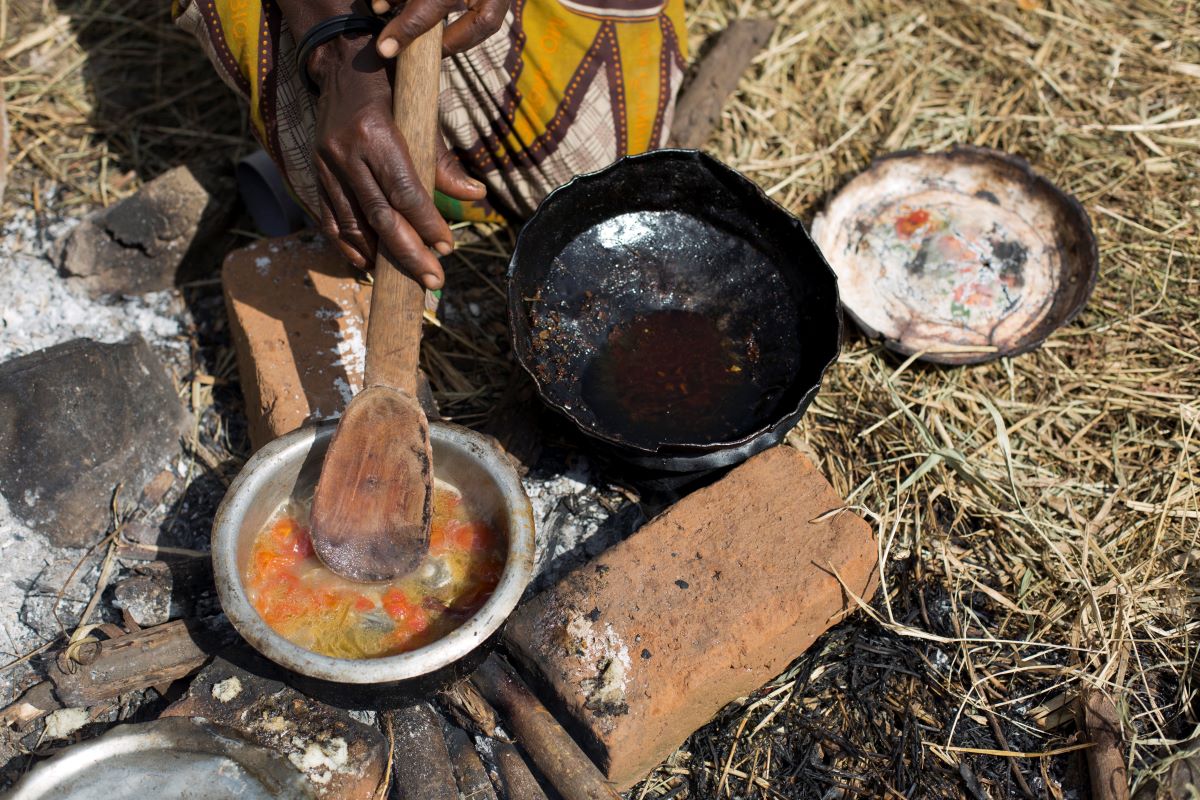 Pictured:Ines cooks a meal in the Mozambique camp, where aid is getting through

Our programmes are targeting areas like Ndao in Mozambique – where 70% of the people living there are older, and 30% have a disability. It is crucial that people like Ines get the visibility and support they so vitally need.

“Before this I used to farm” Ines says, “I grew maize, potatoes, tomatoes. Now, I need to help to rebuild everything.”

“Everything has been lost.”

What are we doing in response to Cyclone Idai?

Thanks to your donations, we are able to target the most vulnerable and isolated older people with: 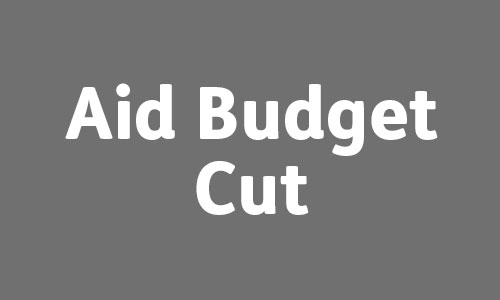