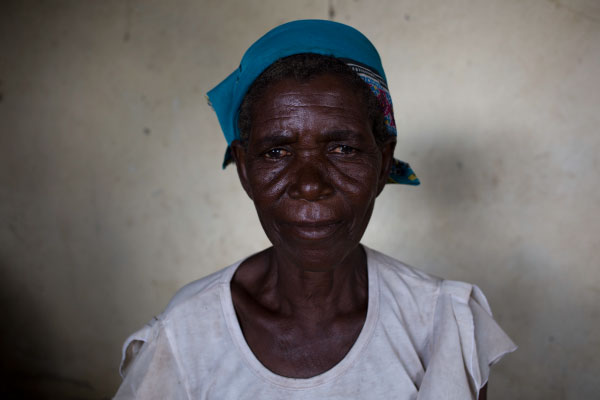 Older people left vulnerable by Cyclone Idai are set to get vital healthcare from nurses and social workers, thanks to your donations.

Specialist outreach teams – made up of nurses, social workers and trained volunteers – are set to reach older people in Mozambique, Malawi and Zimbabwe.

The teams will be able to deliver vital healthcare - and care at home - to vulnerable older people who need specialist support. They will deliver psychosocial support to people left traumatised by the devastation.

Outreach teams will also make referrals to other vital services.

Thanks to your donations 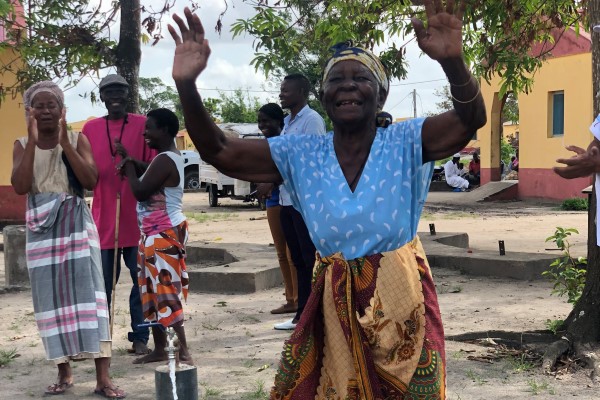 Pictured: A woman gets clean water, thanks to your donations

Age International, as a member of the Disasters Emergency Committee, launched an appeal to help Cyclone Idai survivors shortly after the storm made landfall in Mozambique on 14 March 2019.

Thousands of people in the UK responded and donations to Age International have already helped to distribute food, clean water, and clothes to older people in Mozambique and Malawi.

Kizito Chiwala, Country Director of Mozambique, explains: “For now, in the first three months, we are very focused on distribution."

"We have something called a ‘basic emergency kit’, which includes buckets for fetching clean water and hygiene items,” Kizito says.

“I’ve been working in Humanitarian for the past 12 years now and - aside from Haiti – I haven’t seen anything like what I’m seeing right now in Mozambique,” he adds.

How will I survive?

“I met one woman who lost two children and a grandson as a result of the cyclone," Kizito recalls "She was crying and saying, ‘Not only have I lost my children but I don’t know how I will cope on my own’."

"That affected me a lot. It is a typical story – especially in the rural provinces where 70% rely on rains for produce. There she was. She lost three very close family members as well as crops. She was asking me, how will I survive?”

Every penny of aid well spent

Cyclone Idai caused unthinkable devastation in Mozambique, Malawi, and Zimbabwe - three countries that were already very poor before the disaster.

Chris Roles, Managing Director of Age International, says: “Recovering from a large and complex disaster like Cyclone Idai is always going to be a long and difficult process – but it is possible. We are working hard in all three countries to make sure vulnerable older people get the support that they need - not only to survive - but also to be treated with the dignity they deserve.”

“I am always moved by the compassion of the UK public during times like this – thousands of you have given so generously to this appeal. We are extremely grateful. We also recognise the trust you have placed in our hands – and we strive to honour that trust, by making sure every penny of aid is well spent on helping those who are most vulnerable.”

“From the initial delivery of clean water and food to the healthcare provided by outreach teams, and later, helping farmers to replant and rebuild – your donations are helping us to stand by older people every step of the way to recovery.”

For Tsai - who was injured during Cyclone Idai when her house collapsed with her inside - surviving the cyclone is just the beginning. These are the stories of the elder cyclone survivors.