Older people most at risk as Lebanon rebuilds from Beirut blast 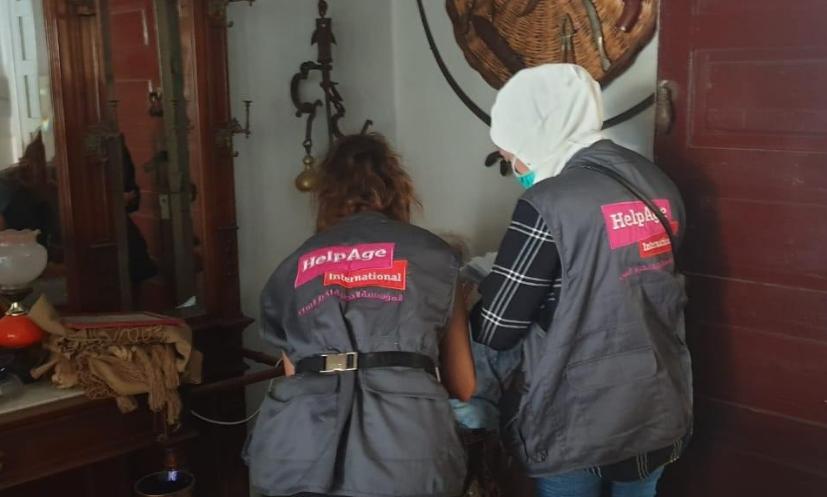 The blast destroyed the traditional neighbourhoods of central Beirut which are home to a very high number of older people, many of whom were already living in extreme poverty.

“After months of supporting older people to protect themselves from COVID-19, the blast has left thousands of them completely exposed, without shelter, food or the ability to practice physical distancing. This is a generation that has lived through countless conflicts and wars, but this could be one trauma too many for some to bear,” said Chris McIvor, director of Eurasia and the Middle East for HelpAge International.

The destruction of all the hospitals in central Beirut has made it very difficult for older people to access the health care they urgently need. Many are sick and on medication which will have been lost with their homes.

Lebanon’s health system was already overstretched and under-resourced. It would not have the capacity to respond to trauma on this scale in normal times, let alone during a global health crisis. It needs urgent help to meet the health needs of older people affected by the explosion who are very much at risk.

Dr Georges Karam, President of HelpAge network member the Alzheimer's Association of Lebanon and head of the Adult and Geriatric Psychiatry Dept. of St. George Hospital University Medical Center in Beirut explained: “Even though this situation has affected everyone, it is these older people who are paying the highest price. Many of them were already sick and this emotional trauma could be enough to break them. They have no way of re-starting their lives over and are in despair.

“They are always marginalised in emergency response but in this crisis, they are the most at risk, particularly from psychological damage. They have already endured so much in their lifetimes and this could be the final straw.”

Kamal, an 80-year-old man who has no income and lives with his wife and sick daughter near the area of the blast said: “We were home when the incident happened. I was scared. Scared to lose my family. All the glass is now on the floor even the doors got broken.”

Through everything that happened in Lebanon, Kamal has never lost hope, until today: “Now, I do not have hope in this country anymore. We are counting the days until we die.”

So many people have been made homeless by the blast that there is an acute risk of severe overcrowding in families and communities. This increases the threats posed by COVID-19 and could cause cases to spike, posing a very real danger to older people with underlying health conditions.

“We know from experience that older women and men are often overlooked in emergency response and this must not be allowed to happen in the response to this crisis. Humanitarian actors must take account not only of the immediate short-term needs for food and shelter, but also the risk posed by COVID-19. They must ensure that the response to the crisis supports the prevention, treatment capacity and community awareness-raising,” said Chris McIvor.