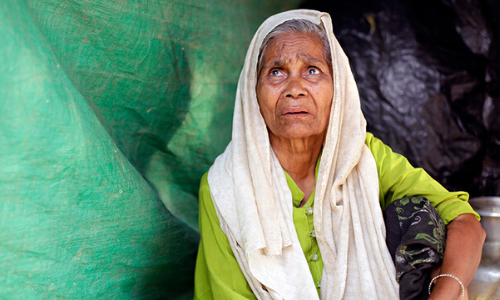 COVID-19 has exposed the harsh reality of ageism, age discrimination and human rights abuses that many older people face across the globe.

While there are differing views on how best to protect our rights when we get older, it is essential that there is a global response to the human rights abuses older people experience.

We do not need specific human rights for older people – human rights are universal, as captured in the Universal Declaration of Human Rights (UDHR). What is needed, however, is to articulate more clearly how human rights can best be protected for people in later life, to ensure that this understanding is shared as widely as possible, to provide the tools for civil society to engage with governments to achieve the best possible outcomes for older people, and to hold all governments accountable so everyone’s rights can be protected.

This is why so many governments, UN institutions and leaders (including the UN Secretary-General and the High Commissioner for Human Rights), civil society organisations, older people’s organisations and human rights institutions globally are calling for a UN convention on the rights of older persons.

It is needed because older people’s rights are being trampled on in all parts of the globe. The response to COVID-19 brought this to the fore with the outright discrimination that older people are experiencing that is resulting in horrific deaths, isolation and mental distress for so many.

A convention is being called for because human rights conventions work. This is how the international legal system improves itself. The nine legally binding international human rights treaties and agreements that have been drafted in response to the UDHR focus attention where greater clarity is needed. The most recent example is the Convention on the Rights of People with Disabilities (CRPD). This did not say that people with disabilities are a different type of human being. It made clear that all people’s human rights, including people with disabilities, deserve equal protection and it identifies the ways in which society has to act in order to make this happen. As a result of CRPD, we have seen real change in attitudes towards people with disabilities and the way they are treated.

COVID-19 has opened our eyes to the ugly reality that age discrimination is pernicious and widespread. It is also deadly. Tackling age discrimination requires more than individual laws in separate countries. It requires all governments in the world to say unanimously that this won’t stand and for them to agree to be held accountable. This can only happen with a UN human rights convention.

There is no one model for a human rights convention for older people and it would be wrong to turn to the Convention on the Rights of the Child as the starting point. Creating a separate legal category of “older adult” would fundamentally undermine everything a convention is trying to achieve and would strip away a person’s autonomy and independence. Creating a different category of human being is not only unethical, it is illegal. The simple truth, however, is that as a society we are already putting older people into this separate category of ‘other’.

It is right that we ask critical questions about such a serious undertaking as creating a human rights convention. The key question though is not whether there should be a convention, but how to make sure it protects and empowers older people no matter where they live. Without a UN convention on the rights of older persons, we will give permission to those who place lesser value on an older person’s life to continue destroying the lives of millions of older people today and the billions of older people’s lives in years to come.

Ken Bluestone is Head of Policy and Influencing for Age International, a Director of CommonAge – a Commonwealth accredited association, and is currently Chair of the Global Alliance for the Rights of Older People - a network of over 380 organisations worldwide united to strengthen and promote the rights of older persons.