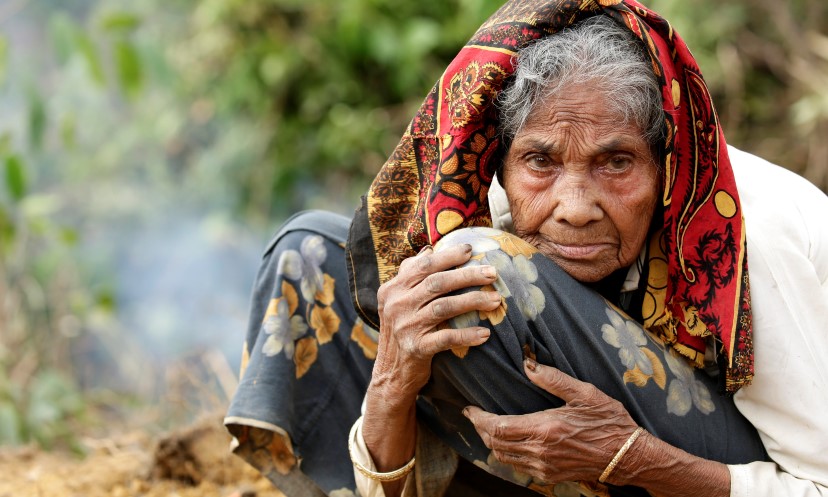 Each year, an estimated 26 million older people are affected by natural disasters alone. [1]

More than half of those who died during the Japanese tsunami in 2011 were aged 65 or over. [3]

HelpAge nutrition assessments in Kenya , Chad and Ethiopia all found significant levels of malnutrition among older people that had not been assessed or responded to by nutrition actors. [4]

A survey carried out in the Protection of Civilian (POC) camps in Juba, South Sudan during April 2015, found that more than two in five older persons in the POCs are severely or moderately malnourished and in need of treatment for acute malnutrition.

Older people face a range of age-specific issues during displacement. Impairments in mobility, vision, hearing or cognition often make it difficult for them to access assistance and flee conflict, often resulting in them being left alone by departing families. The resulting disruption of social and support networks undermines their ability to meet their basic needs. [5]

In Jordan and Lebanon, 54 per cent of older refugees are affected by one or more NCDs, yet appropriate treatment options tend to be unavailable during emergencies. [7]

A report on sexual violence in the Democratic Republic of Congo in 2010 found that more than 15% of the displaced people seeking health services for sexual violence were over 55, and women over 49 experienced rates of sexual violence on par with the rest of the population. Older women represent less than 10% of the overall population in DRC, showing just how vulnerable this group is. The report notes that “Women and girls of all ages, from toddlers to great-grandmothers, were brutally attacked”. [8]

A study in the Philippines demonstrated that older people were instrumental in helping 150,000 recover following Typhoon Haiyan. [9]

A 2016 analysis by the Assessment Capacities project (ACAPS) of 105 multisector assessments conducted over the last decade found that around 40% provided no sex and age-disaggregated data for any sector, and 20% provided data for only one sector. [10]

Of the 50 countries reviewed by the Internal Displacement Monitoring Centre (IDMC) for its global Internally Displaced People (IDP) survey in 2011, only 11 had updated sex and age-disaggregated data. [11]

Since 2010 HelpAge International has conducted an annual analysis to quantify how far the specific needs of older people are reflected in humanitarian programming, using humanitarian funding as a proxy indicator. The findings in 2010 and 2011 found that less than 1% of analysed projects included activities for older people – a figure that rose marginally to 2.1%in 2012, but dropped back to 0.5% in 2013 and 1% in 2014, providing an overall inconsistent picture of response.