I don't have the luxury of enjoying free time

Galane’s life has not been easy, as she’s had to fight to provide for her family all her life without a steady income. But she told us those challenges made her the powerful woman she is today. 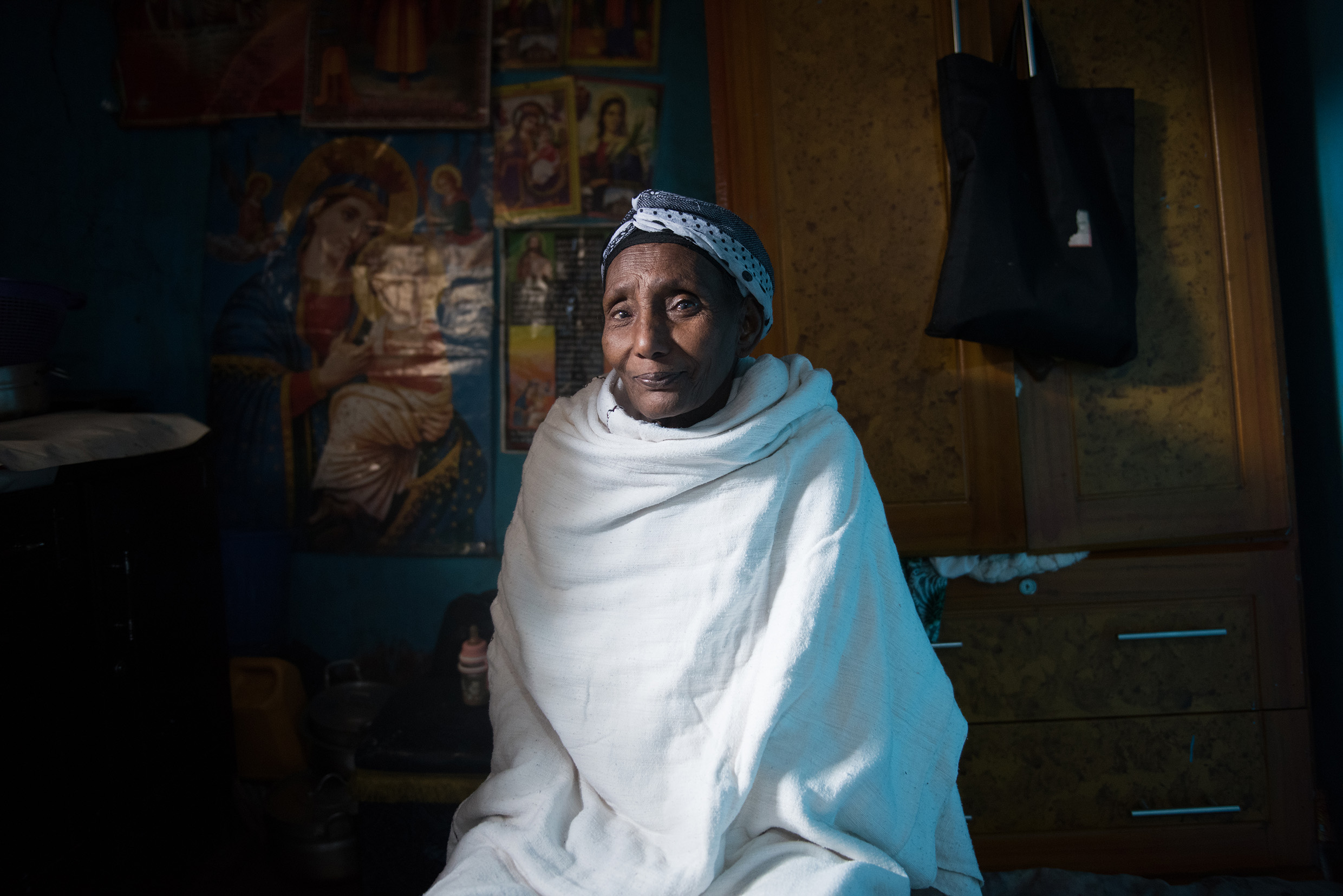 Galane was born in rural Ethiopia and was married at 17. The marriage was unhappy, so she divorced and moved to Addis Ababa to live with her sister. Being illiterate, she struggled to find work except as a home help. When she became pregnant, she had to move back to her family in rural Ethiopia who helped raise her son. Forced into a marriage by her father, she had four more children. She lost two when they were young, and was forced by her husband to give up her two daughters to her sister in Addis Ababa. When her sister tragically passed away, Galane moved to the city to live with her daughters and had to fight to keep her sister’s government home. She struggled to raise her daughters whilst juggling various jobs, from cotton spinning, selling injera bread, washing clothes for people and doing household chores.

“After all these tedious ups and downs, I still struggled to survive and I don’t have reliable income except that I recently started getting a cash transfer [pension] on a monthly basis, but the amount is so little and not enough to cover the cost of my basic needs.”

Her faith gives her relief from her stress, and she said that despite the hardship “taking care of my grandchildren is my favourite time as I feel blessed.” 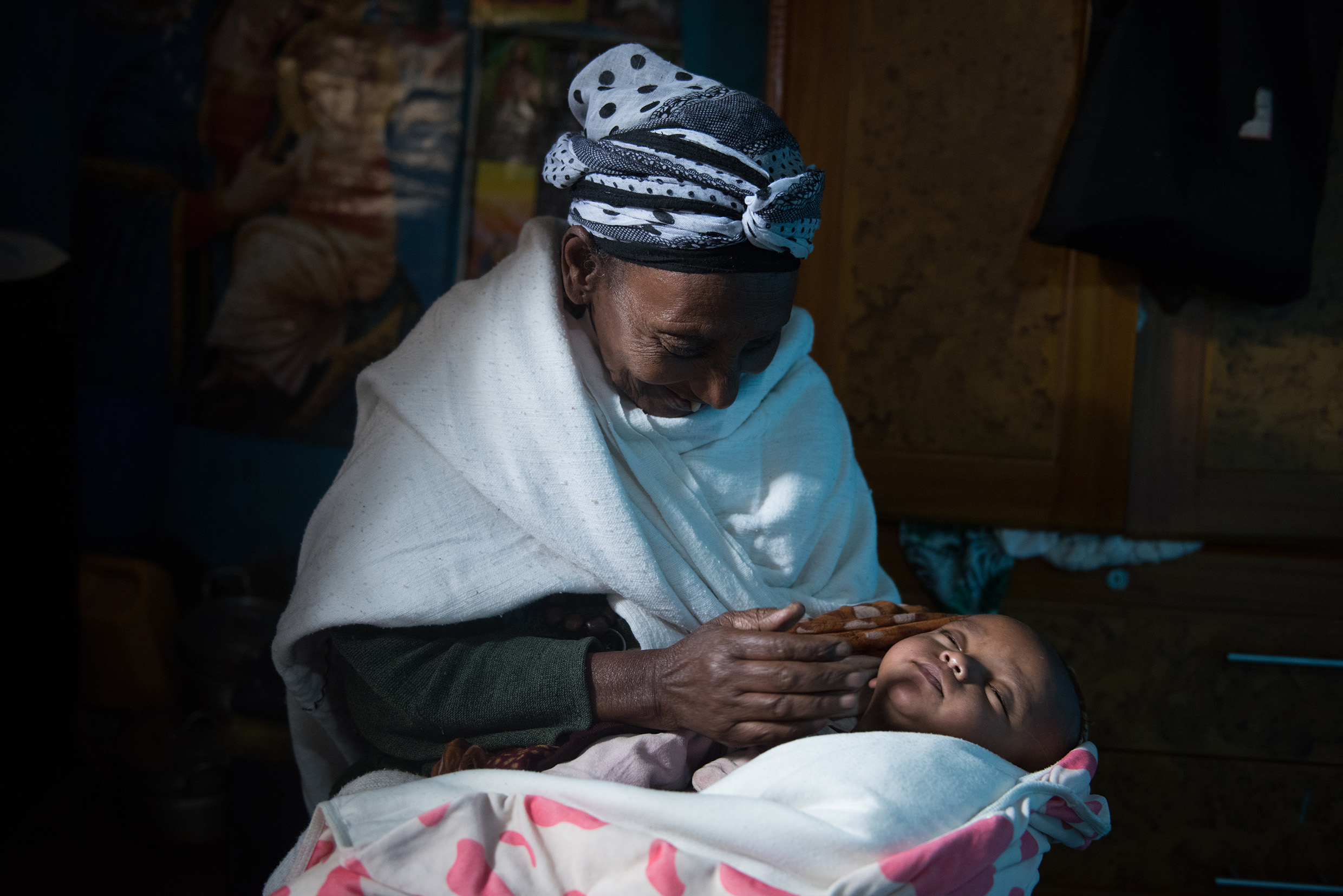 Galane has since stopped working due to health problems and receives no payment for the work which she does for her grandchildren. The only income she receives is from her government pension, a direct support component of the Urban Productive Safety Net Programme, and some money from crops from the plot of land she inherited from her father. This money covers basic needs such as food and utilities.

Galane suffers from loneliness after the loss of her large family and is upset at feeling idle and unable to work as she used to, and the high cost of living due to price rises in food, clothes and household products.

Being a single woman has been very challenging for Galane, fighting to keep her sister’s home for herself and her daughters, and now in old age it’s a struggle to raise the grandchildren abandoned by her daughter.

“I am struggling with living costs which increase almost every day that put me in a very difficult situation. Sometimes I feel hopelessness as I can’t fulfil the needs of my very young grandchildren. I was a very active and tireless woman, but now I can’t do anything due to my health condition and age that makes me idle and very sad.” 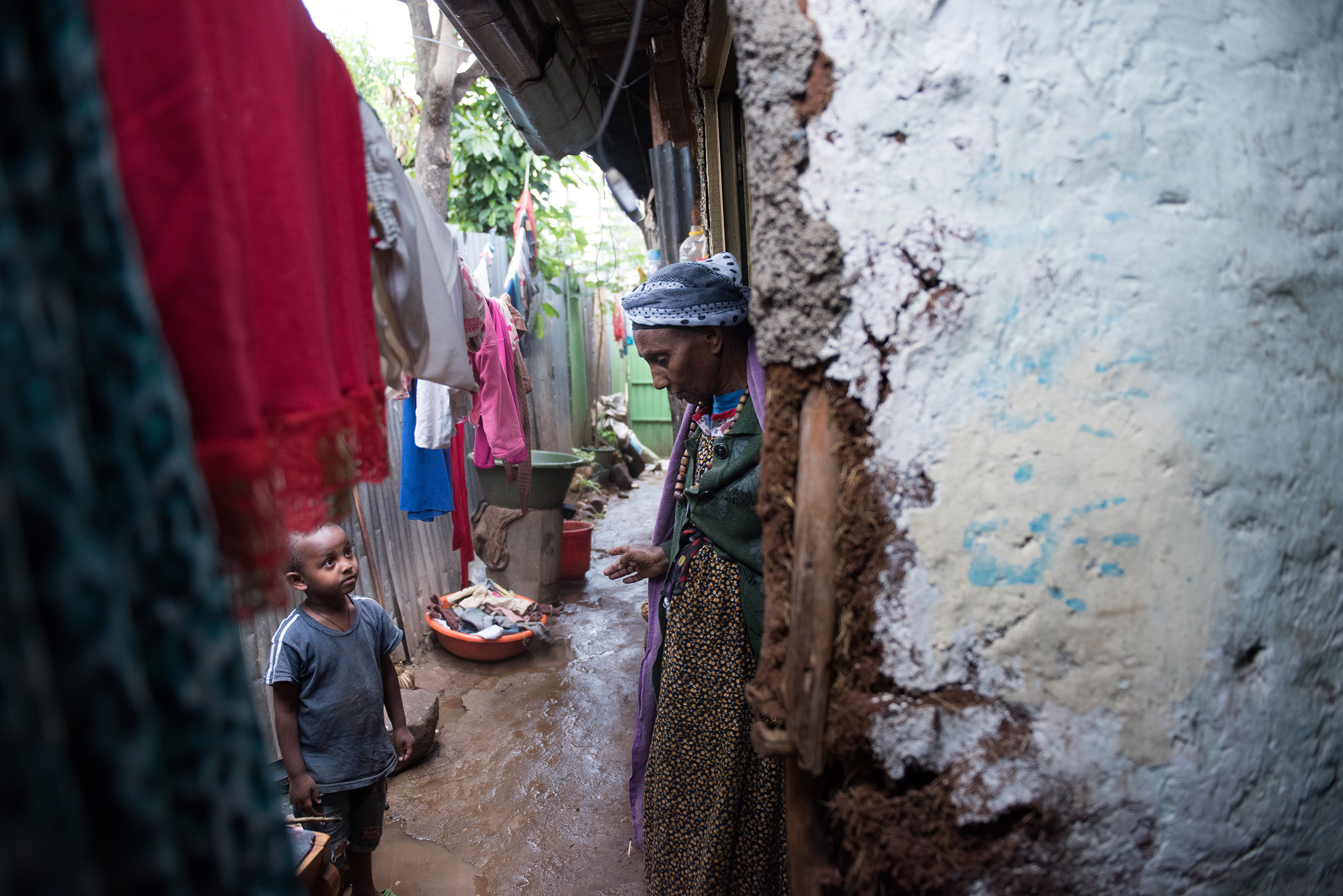 “Most of the older men in our area get out and enjoy being with friends but it is very difficult in the case of older women as caring and household chores, [taking care of] children or grandchildren, is still in the hands of older women.”

Galane provides community support to neighbours in need, who do the same for her. And she gets some support from the non-government organisation Tesfa Social Development Association (TSDA) and their home-based care services. Taking part in ‘iddir’, visiting friends and supporting people in the community gives Galane valuable emotional support and connection.

After everything she has been through Galane believes her family and community would describe her as “undefeatable and fearless.” But she would like to see sufficient and predictable income for older people.

“I am in very poor health and with no sustainable income to enable me to lead a healthy and dignified life. I think my situation can be changed if the pension/cash transfer which I am getting from the government has been adjusted as per the ever-growing costs that need also to be managed.” 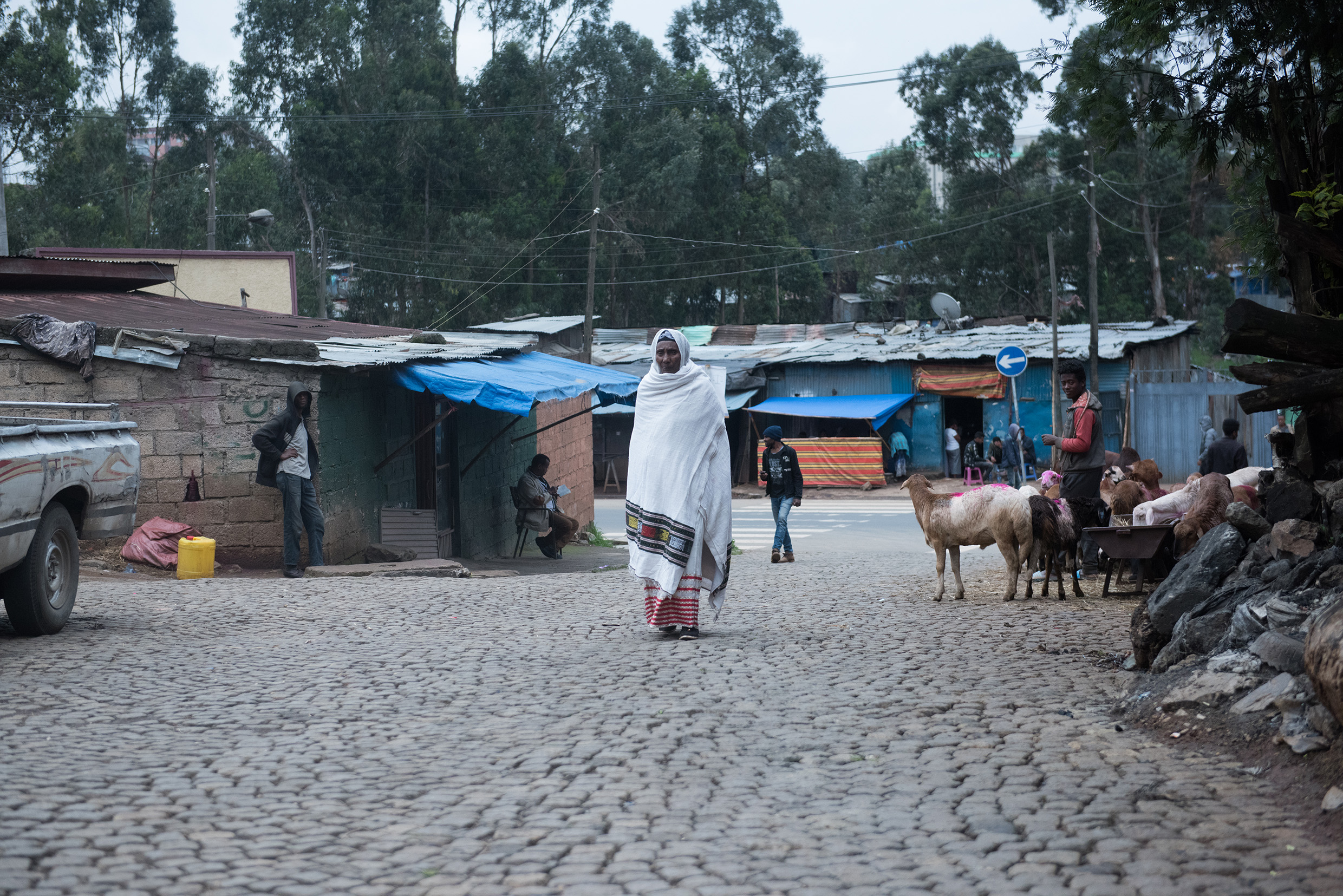 Galane feels her greatest struggles started when she moved to the city and she has experienced great loss. But it hasn't broken her spirit.

“I don’t have education or skills to generate income and raise my daughters. That put me in a very difficult situation and forced me to pass through tremendous challenges. But all those challenges strengthen me and make me an unbeatable and fearless woman.”

Galane stays positive and continues to provide care for her daughter and grandchildren - and feels that being able to support them in their lives is her biggest success.

Across the globe older women, especially in the poorest countries, are facing systemic failures and being let down by their governments and society daily. But it doesn’t have to be this way. Sign our petition now and call on the UK Government to take older women into account.