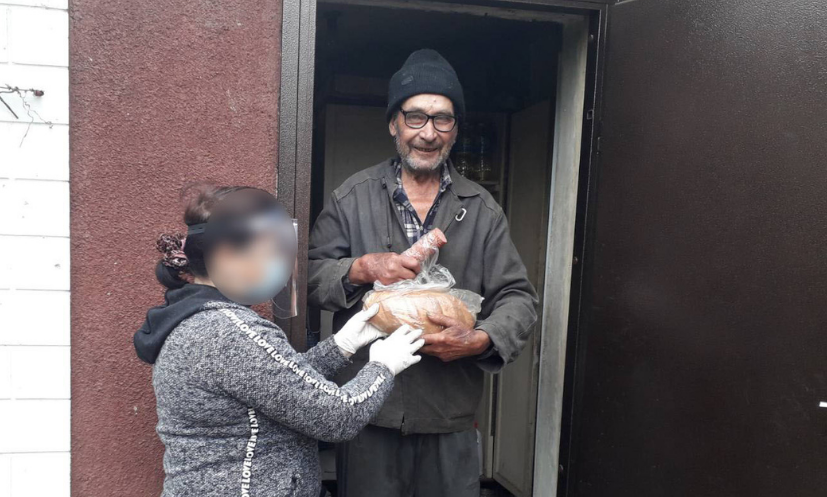 Alexander, 81, lives alone in a part of Ukraine which has seen dramatic changes since the conflict first broke out. He told us that support from one of our volunteers help him stay hopeful in spite of the danger of shelling.

"I live alone. I got divorced after my son died 20 years ago. I only have my four-legged friends.

Now it’s worse than it has ever been before, just horror. Shells are flying over my head - it’s very scary. I’m scared to die not from old age, but from shells, and that there won’t be anything to bury. But I try to reassure myself, I try to live.

I'm not going to leave here. I didn't leave in 2014 when the conflict started. I hid in the basement from shelling. Now I sometimes spend the night there, or in the bathroom, which I secured after a shell hit the house.

Now it’s quite difficult with money. I used to take out my pension in another village, but now there’s no way to get there and there’s nowhere to even withdraw money there unless you stand in line for more than five hours, which is impossible for me. I don’t have such strength: my legs are sore.

My eyes can't see well because of cataracts. I was operated on one eye, but there is no chance to have the second operation.

I'm afraid that everything I have can be destroyed in a second. But I hope for a speedy peace.

A HelpAge volunteer brings me food and we speak together. After talking with her, I want to live. God give her strength."