Ukraine conflict: We're taken care of, but I miss home 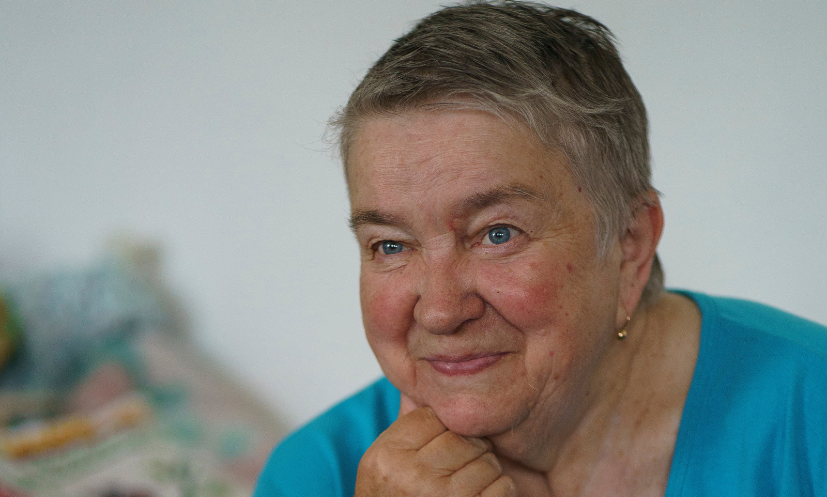 Retired biology teacher Lyubov, 77, had to leave her home in Eastern Ukraine due to the conflict with Russia. She now lives in a shelter in Dnipro Oblast. Living in the shelter is safer but she misses home, and she has only a small pension to get by with. Her passion for making and mending clothes helps, and she is supported by our partner HelpAge International thanks to donations to the DEC Ukraine Crisis Appeal.

“I was born with the ability to make clothes. Since I was a child I have done it and I have made clothes for everyone in my family. I have three children, five grandchildren and two great-grandchildren. At 71 years old, I even learned embroidery.

I am considered a disabled person after having a stroke and heart attack some years ago. After the stroke I couldn't speak or move. I spent six months in hospital and slowly recovered. I still walk with a cane and get dizzy sometimes. I also have diabetes, as well as hearing and eyesight problems.

“My husband died a long time ago and I lived alone in downtown Lisichansk. For 20 days I slept in a corridor in the stairway.

“It was bearable when the shelling was not that hard and then they started to attack really heavily. There was one day when the whole house was shaking, the windows were blown out. I remember there was white powder from the walls in my mouth.

“After living through that night my grandson put us in the car and we drove with only the clothes we had on us. I had a winter coat and boots...

“I feel settled here and comfortable. We're fed and cleaned, taken care of, but, still, I would like to go back home. Everything is so bad that, of course, we cannot go back home.

“I went to the second-hand store here and bought some clothes and I am trying to alter them to make new clothes with an old sewing machine I found on the first floor of the shelter. I am currently making a nightgown. I took the machine apart and oiled it, but I can’t make it work properly. It’s even older than me – she’s the one that drives me rather than the other way around.

“How do I feel now? Exactly like I am 77 years old. Doctors came here and compiled lists of medicine we need and I hope at some point we will get some.

"Now that I live in a refugee shelter I have less independence. To sit doing nothing all day, even at 77, is very difficult. If the sewing machine worked better, I would spend the whole day with this and, you know, it would pass faster. I wouldn’t cry thinking about my son who is still somewhere in Lisichansk.

“The only thing I do is sometimes is peel potatoes and other vegetables. At home, I would wake up, drink coffee, walk outside in the garden and do something... I would go to the store. I miss my garden.” 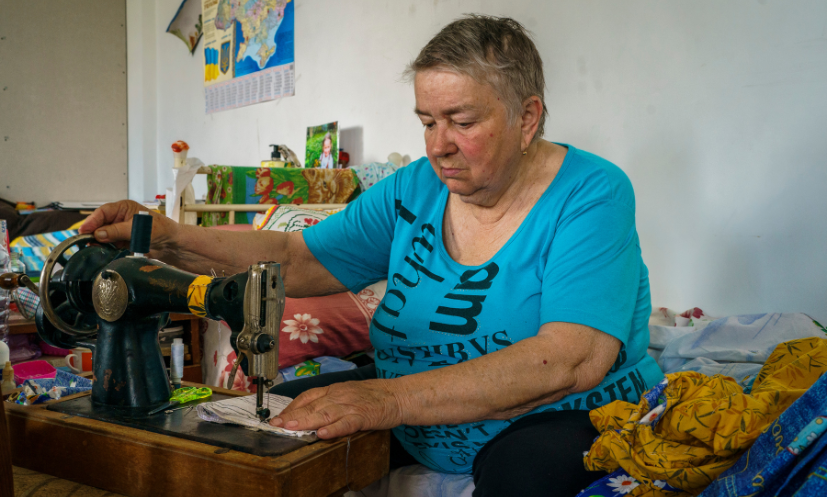 Lyubov with the sewing machine she found in the shelter.