Sir Richard Jolly is an Emeritus Fellow and Honorary Professor at the IDS at the University of Sussex. Here he discusses the issues surrounding inequality and ageing. 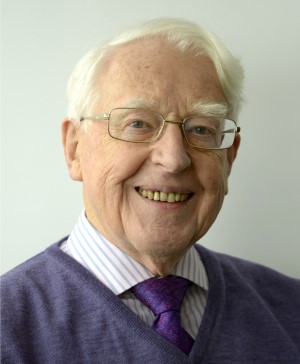 ‘Age is opportunity no less than youth itself, though in another dress.’ Henry Wadsworth Longfellow (Morituri Salutamus)

In the last few years, inequality has been hitting the headlines after many years of hiding quietly in the background – or being hidden. But now it is out in the open, with bad news for younger and older people alike. The future of inequalities in later life does not look good.

Inequalities accrue and get reinforced over a person’s life. They come home to roost in later years, often exacerbating each other and causing greater disadvantage. Poverty, poor health, discrimination and marginalisation are all-too common realities for many older people in both developing and developed countries. As women are the ones with longer life expectancy and more often suffer discrimination than men, many older women can expect to be most affected, living with more years of scarcity and strain.

The importance of addressing inequalities as a key driver of successful development and prosperous societies has been emphasised by prominent thinkers such as Joseph Stiglitz, Thomas Piketty, Richard Wilkinson and Kate Pickett, as well as a broad range of international development organisations.

The question should now no longer be whether we address inequalities or not, but how and with what urgency.

This is not about isolated individuals, but is a ‘whole society’ agenda. We know that inequality has a significant impact on the ability of countries to develop and progress. Problems such as crime, disease, mental health and environmental degradation are exacerbated by inequality and affect the middle-classes as well as the poor. Research by the IMF shows that recovery from economic downturns happens faster in countries with low income inequalities and that countries with more equal income distribution have longer periods of sustained growth of incomes.

The importance of the life course

The importance of addressing vulnerabilities over the life course is also beginning to receive more attention in international development circles. It is a major theme of the UNDP’s 2014 Human Development Report. This report shows how inequality and setbacks in early life are linked to consequences in adulthood and, much later in older age. Inequality influences, for instance, the chances of holding on to a job, being healthy and, of course, having enough money for retirement.

One of the key measures of inequality is income. Extreme inequalities of income and wealth are on the rise in almost all parts of the globe, the result of the same policy mix that has been driving wages down for poorer sectors of the population and reducing tax revenues. Without major changes of policy and action, these are likely to continue in the future.

Income security is not a given at any age, but the majority of the world’s older people find themselves having to work longer out of necessity – even until their final years.

With the financial shocks experienced over the past decade, even those lucky enough to have pensions increasingly find these pensions inadequate. More and more older people are living in poverty in both developed and developing countries.

But income doesn’t tell the full story. There are other factors that limit a person’s ability to participate fully in society and exacerbate – if not create – inequalities, especially as people grow older. Such factors include discrimination, access to health and care services, mobility and people being allowed to take the decisions that affect their own lives, to name but a few. A narrow focus on increasing income as a means to overcoming inequality may mean that policy makers miss these other factors in their interventions.

Nothing is inevitable, except getting older

There is no inevitability that being older must bring greater inequality. This depends on policy and action, already evident in the enormous differences of life expectancy that exist within countries and even within cities. Where inequalities already exist earlier in life, however, the likelihood is that they will only get worse without appropriate intervention.

One hopeful lesson about addressing inequalities in later life is that it is never too late. There is considerable evidence on active ageing and cognition in older age that shows people and communities can make changes that improve physical and mental health at any age. The same is true for action by national policy makers and development experts. Positive changes can bring benefits at any age.

People should not be relegated to the scrap-heap just because of a birthdate.

Human development means ensuring a better life for all groups in a country’s population – old and young, women and men, able-bodied and those with disadvantages. Such a human perspective should set the frame for a country’s economic and social policies and should also stimulate action to reduce the extremes of inequality that are restricting the lives of people of all ages. In the last decade or so, a number of countries in Latin America and Asia have successfully taken such action, substantially diminishing inequalities and poverty, as opposed to the trend towards greater inequality that seems to have taken hold in many European countries and the United States. This means that lessons can now be learnt from countries in all regions of the world: developed and developing.

In our increasingly ageing world, older people have therefore an important role to play in using their votes and voices to see that these lessons about reducing inequalities are learnt and applied in all countries for the benefit of present and future generations. 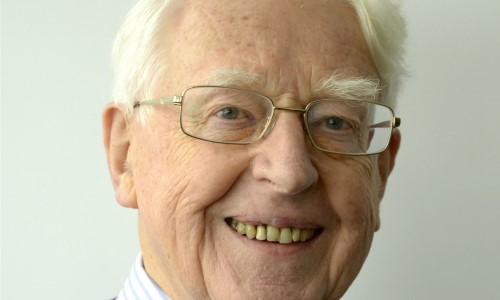 Sir Richard Jolly is an Emeritus Fellow and Honorary Professor at the Institute of Development Studies (IDS) at the University of Sussex. He has been an Assistant Secretary General of the United Nations, serving as Deputy Executive Director of UNICEF and Principal Coordinator of the UN’s Human Development Report. He chairs the HelpAge committee on the Global AgeWatch Index. Facing the facts: The truth about ageing and development.