What ageing means for society

Jane Falkingham, Professor of Demography & International Social Policy at the University of Southampton, examines what ageing means for society. 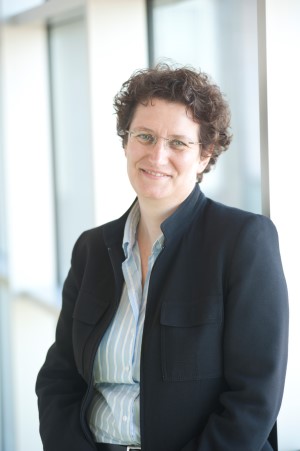 The global society in which we all live is being transformed at an unprecedented pace. With fewer births and a greater proportion of people surviving into adulthood and then into later life, population ageing is now taking place in almost all the countries of the world.

Demographic, economic, social and technological revolutions are interacting to change the shape of our local, national and international communities. Revolutionary changes are taking place across the globe, but the impact of these is possibly being felt most in those low and middle-income countries where the speed and magnitude of change is the greatest.

Over the past 60 years, the size and shape of the world’s population has been transformed. In 1950, the world was home to 2.5 billion people; on 31 October 2011 the world celebrated the birth of its 7 billionth citizen. In 2014 there were around 7.3 billion global citizens, the majority of whom live in developing countries.

The demographic forces behind this growth in population, ie. increasing life expectancy followed by a delayed or lagged fall in birth rates (the longer the delay, the more rapid the growth) have also resulted in a dramatic change in the age structure of the population. 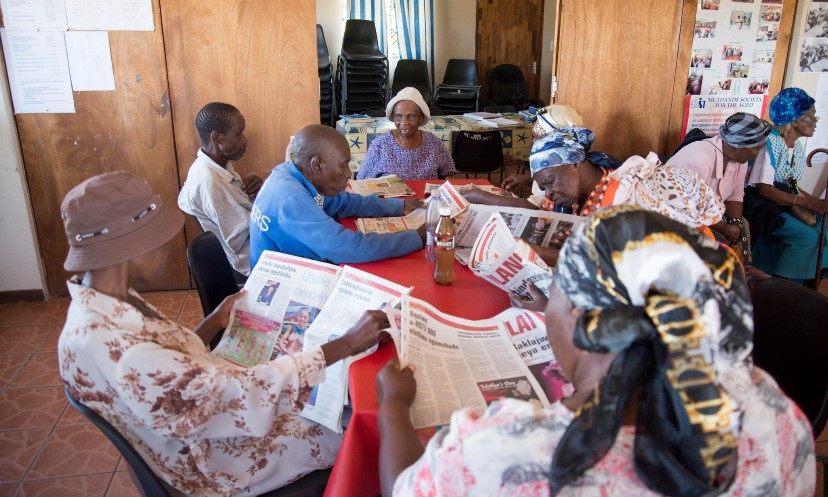 Muthande Society for the Aged is a community-based organisation providing social services, home-based care, literacy education and other services to older people through its six centres in Durban.

In 1950, there were around 205 million people aged 60 and over, comprising eight per cent of the total population. Of these, 70 million lived in more developed countries and 135 million in developing nations.

In 2014, the global population aged 60 and over had quadrupled to number 868 million people, representing 12 per cent of the total population; this figure is expected to more than double to over 2 billion by 2050, accounting for 21 per cent by 2050. Of the 868 million older people in 2014, two-thirds were living in less developed countries.

The ageing of the globe is transforming society. By 2047, it is predicted that for the first time in human history there will be more older people (aged 60 and over) than children (aged under 16).

The majority of older people already live in the less developed countries of the world, but by 2050 – just over a generation away – it is forecast that nearly eight in 10 of the world’s elders will live in low and middle-income countries.

Population ageing is something to celebrate, a consequence of the dramatic improvements in life expectancy that have taken place across the second half of the twentieth century, reflecting momentous reductions in infant and child mortality and improvements in adult mortality

However, it also presents challenges, particularly in those countries which are lacking comprehensive systems of social protection. Furthermore, other demographic pressures may be placing informal systems of social support, most notably the family, under pressure.

Firstly, falling fertility itself means that the size of generations is declining across cohorts. Whereas in the past a woman may have had five or six children, today she might only have one or two; although these children stand a better chance of survival into adulthood than those in the past, there are, in general, smaller cohorts of adults of traditional working age available to support the growing number of elders.

Nowhere is this more extreme than in the case of China where 30 years of the ‘one child policy’ have transformed family structures. Where an only child marries another only child and has one child, that child has two parents, four grandparents and perhaps eight great-grand parents – and no siblings, no cousins, no aunts and no uncles. This obviously places an enormous burden on that one child.

Family support structures are also being radically affected by migration. Over the past century, running alongside the changing size and composition of the population, there has also been a dramatic change in where people live.

Today more than one half of the world’s population resides in an urban area, with the growth of the urban population fuelled by rapid rural-urban migration. In low income countries, rapid unplanned urban growth has resulted in a growth in the number of slums, pollution and environmental degradation, presenting additional challenges to sustainable development. Many rural communities have been hollowed out, with ‘empty’ villages and older people ‘left’ to care for grandchildren.

On an individual level, new technologies – such as mobile phones and Skype – may ameliorate the emotional gap left by separation but cannot bridge the physical gap should older adults require hands-on care and support with increasing disability as they age.

Looking forward, governments need to put in place policies that support older people to live active and healthy lives. Where public systems for old age security are still lacking, urgent action is needed to put in place structures to provide protection for older people when they are unable to continue to work or support themselves.

There is clear evidence that schemes, such as social pensions, benefit both the older person themselves and their wider families, with benefits being redistributed within the family and thus supporting intergenerational transfers in both directions.

It is inevitable that the shape of our society, and of our families, will continue to change. Public policy needs to recognise and harness that change.

Jane Falkingham is Professor of Demography & International Social Policy and Director of the ESRC Centre for Population Change at the University of Southampton, UK.

Her research focuses on improving our understanding of the drivers and consequences of population change within the context of an ageing society.