Investing in health the case of hypertension

Peter Lloyd-Sherlock, Professor of Social Policy and International Development at the University of East Anglia, discusses the case of hypertension in terms of investing in health. 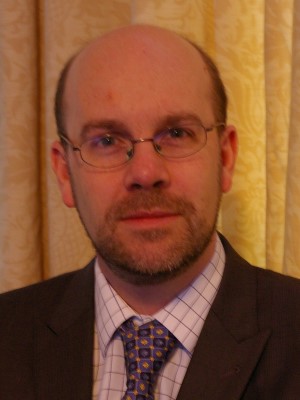 The conventional wisdom is that population ageing will inevitably harm national economic performance and collective wellbeing because: (i) older people are more likely to represent social and economic burdens on other groups; (ii) population ageing is driving global epidemics of chronic or non-communicable diseases (NCDs); these include heart disease, diabetes, dementia and arthritis.

Yet the inevitability of these outcomes is open to question, since the effects of chronological age on health and functional status are much less inflexible than commonly assumed.

Across low and middle-income countries (LMICs) as well as within them, there are large variations in the health and functional status of older populations, with those in poverty experiencing the worst outcomes.

Older people who are in better health and who can do more things for themselves are more likely to represent an economic and social resource than a burden. With the right health care, many chronic diseases can be managed, enabling the people living with them to maintain active lifestyles.

There are a number of evidence-based and highly cost-effective interventions that have the potential to enhance older people’s health and functional status. This short article will focus on just one policy area: interventions to prevent and manage hypertension. 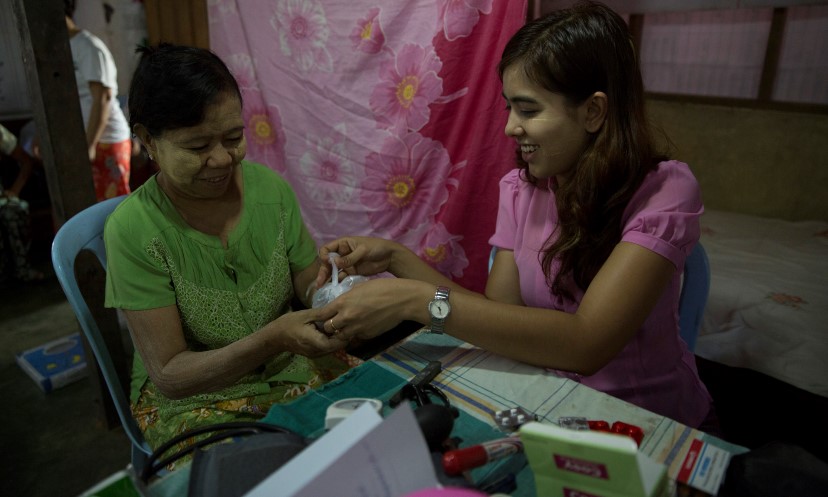 Dr May Thazin at a pop-up health clinic,  East Dagon near Yangon, Myanmar

Hypertension is now the leading cause of preventable mortality and disability in LMICs.

The consequences of uncontrolled hypertension include greatly increased risk of strokes, heart attacks and other life-threatening conditions. Japan’s notable success in extending healthy life expectancy was mainly achieved through hypertension prevention and control.

Many LMICs already have very high rates of hypertension: in South Africa, 78 per cent of people aged 50 or over are hypertensive, the highest recorded rate for any country in history, and in Ghana the equivalent rate is 66 per cent.

In these countries, hypertension is now a generalised epidemic, no longer a disease of the wealthy. Indeed, hypertension has become a major driver of poverty in LMICs. A national survey in China found that 37 per cent of patients and their families fell below a 60 pence a day poverty line within three months of experiencing a stroke.

The main risk factors for hypertension include poor diet, smoking and a lack of exercise. The challenges of addressing these underlying causes should not be under-estimated and call for a major shift in attitudes and lifestyles, as well as corporate responsibility in the food, tobacco and alcohol industries. Nevertheless, there are numerous proven, low-cost interventions to manage hypertension.

The World Health Organization (WHO) estimated that the cost of drug therapy to lower hypertension and high cholesterol for an older person in South Africa for an entire year is just £1.20. This compares to the cost of acute stroke care which is typically several thousand pounds.

Yet these hypertension services are not available to the large majority of older people in LMICs. A recent study reported less than one in 10 hypertensive older people in China, Ghana and South Africa were managing their condition, and rates of control were particularly low for older people living in poverty and in rural locations.

There are two major barriers to improving the prevention and treatment of conditions like hypertension in LMICs. The first of these is the mentality of many politicians and policy makers, both globally and nationally, who still view investments in the health of older people as relatively expensive and unproductive. It has been estimated that hypertension and other NCDs accounted for only three per cent of the total global health assistance between 2001 and 2008.

In 2011, a United Nations summit on NCDs proposed 10 global targets, including a 25 per cent relative reduction in hypertension, but no specific funds were set aside by member states to achieve these targets. More worryingly, these targets focus on younger age groups, rather than older people who are most at risk of NCDs.

The second barrier to addressing hypertension is the established pattern of health services in LMICs. These services remain strongly focussed on infectious disease and mother and child health, and are increasingly out of step with new demographic and epidemiological realities.

There is an urgent need to re-orientate health services towards NCDs and the health needs of older adults, as part of a strategy of promoting lifelong health. The reluctance to address the effects of conditions such as hypertension on older people in LMICs represents one of the largest public health failures in human history.

With political support, modest improvements in hypertension control rates (such as a global target of 20 per cent control) are achievable. They would save the lives of millions of adults of all ages and generate major economic and social returns. 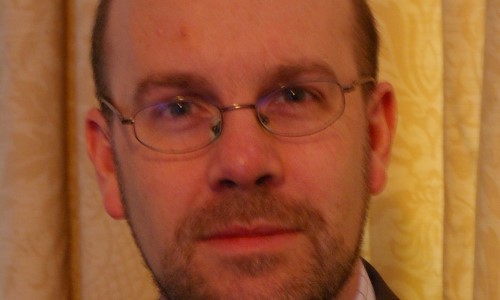