What does ageing mean for development? 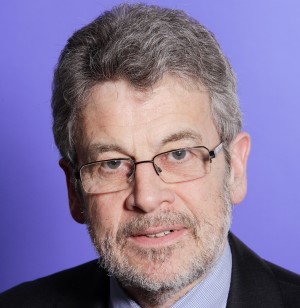 We are living in the century of global ageing. For most of human history, the world has been predominantly young but this will change dramatically over the course of the 21st Century.

By mid-century, over one in five of the world’s population will be 60 and over. Life expectancy, not only at birth but also at the age of 60 and above, is rising in almost all parts of the world; with fertility rates falling in most countries, this century will see a decisive shift towards older populations.

Not only will there be more older people, but older people themselves are ageing, with the proportion of those aged 80 and over projected to rise to 20 per cent by 2050.

Longer life spans throughout the world are a triumphant outcome of development progress over the past century. In many countries today’s 60 year olds now have significantly longer life expectancies than previous generations and increasing numbers of people are living their later lives in better health and with more material security than in the past.

Nevertheless, the events and changes experienced by individuals throughout their lives are leading to widely divergent outcomes in old age; relative wealth or poverty remain key determinants of health, wellbeing and life expectancy.

The scale and speed of population ageing across the world are unprecedented and, contrary to a common misconception, this is not only a rich world phenomenon. The combination of falling birth rates and extended life expectancy is a pattern nearly everywhere.

Two-thirds of today’s over-60s live in low and middle-income countries, a proportion which will rise to three-quarters by 2050. Even sub-Saharan Africa, despite the impact of HIV on life expectancy, will have 160 million over-60s by mid-century, the same as Europe’s older population now.

The absence of ageing in global debates

So what does ageing mean for development? Keen observers of development policy might assume not a lot. Despite the rapid and unprecedented demographic changes taking place, ageing is largely absent from development debates and action.

The Millennium Development Goals ignored ageing and it doesn’t feature as a significant strand of current international development cooperation – although the post-2015 sustainable development framework holds some promise of beginning to redress this imbalance. Demographic change, with ageing at its heart, is having impacts across all the areas with which development is concerned.

Take migration, for example, which together with falling fertility and rising life expectancy, is the third driver of global demographic change. A major pull factor of international migration is the ageing of workforces in the rich world; at the same time migration from poor communities leaves behind disproportionate numbers of the old, and the young.

From Latin America to Asia, migration is changing the age profile of many relatively ‘young’ countries, leaving ‘skipped-generation’ households of older people caring for grandchildren left by middle-generation migrants. With remittances infrequent, inadequate or non-existent, old and young in these households are sharing the burden of poverty and vulnerability.

The same effect is seen in sub-Saharan Africa, where in a number of countries grandparents of children orphaned by AIDS are the main care providers (in Zimbabwe and Namibia 60 per cent of orphaned children are cared for by their grandmothers).

Rural development has in recent decades concentrated efforts on improving the productivity and incomes of small producers. Nevertheless, little or no attention has been given to the inclusion of older farmers in development programmes or extension training.

This matters, because many poor countries are seeing the ageing of their farming populations. The proportion of farmers aged 65 or over ranges from just under 10 per cent in sub-Saharan Africa, and 11.4 per cent in Asia, to 16.5 per cent in Latin America. However, older farmers in many countries are excluded from development programmes because of attitudes which see them as too old or too resistant to change to benefit. Our experience shows that this is largely unfounded. 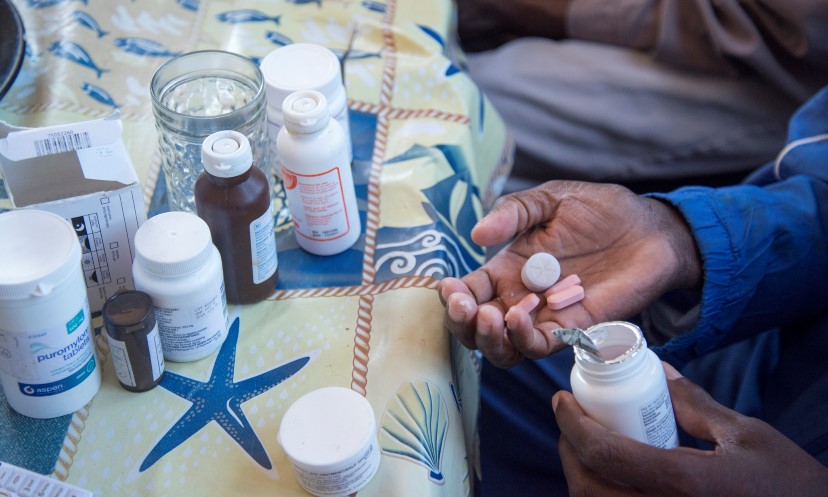 The rise of chronic diseases has meant that in many poor countries more people are dying from heart disease and cancers than from communicable diseases. Yet development assistance remains focused on the latter. Little effort is made to make health care ‘age friendly’ despite the promotion of this approach by the World Health Organization (WHO).

For example, reproductive health programmes largely ignore the fact that women who experience multiple pregnancies in poor health may also spend their old age with chronic, life-limiting, but treatable conditions. Implementation of the WHO’s strategy would have a major impact on chronic disease, not only improving older people’s health but also that of middle-generations who will otherwise age with chronic illness.

It is often said that low and middle-income countries will grow old before they grow rich, but the experience of ageing in the developed world shows that national wealth alone is not a guarantee of wellbeing for older people.

Development efforts need to address ageing now, responding to the concerns of older people themselves. Income and health are older people’s priorities everywhere, so providing secure work for those who are able, a secure income for those who are unable to work and age-friendly, affordable health and care for all are critical.

Ageing as an opportunity 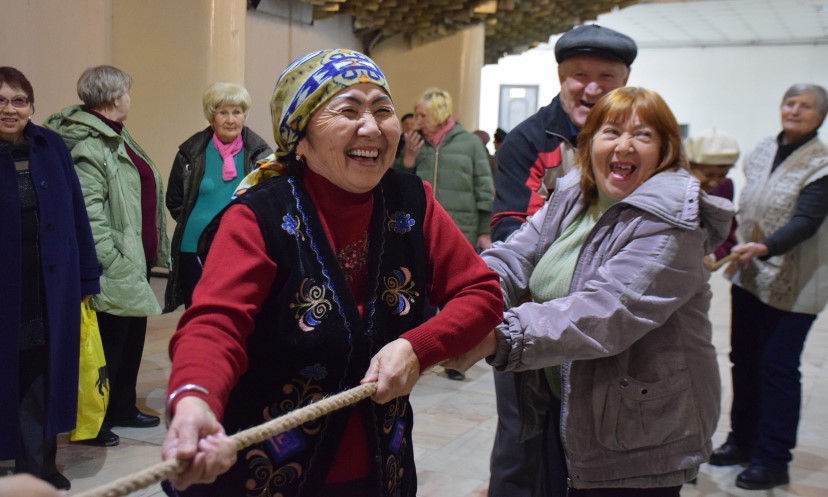 At the ADA on Health 2017 event in Bishkek, Kyrgyzstan, members of self-help group of older people from Chui take part in sports competitions.

We need to see ageing not as a burden but as a triumph of development, with older people not being a problem but a part of possible solutions. Most poor people work far into old age and, with lifetimes of experience, they have skills to hand on. Enabling older people to organise themselves and contribute can have a dynamic effect not only on improving their own lives but also on the wider community.

Ageing is a whole-society agenda. We must invest in the development of today and of the future. Today’s ‘2050 generation’ (those who will enter old age at mid-century) are the policy makers and professionals driving change. Demography is not destiny, but to overcome the challenges and take the opportunities of global population ageing requires bold choices by these development professionals. They will decide how successfully the world grows older. 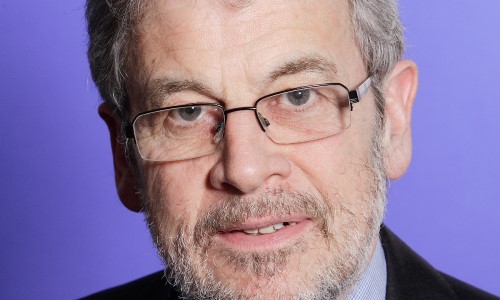 Mark Gorman MBE, is Director of Strategic Development at HelpAge International. He joined HelpAge in 1988 and was Deputy Chief Executive between 1991 and 2007.

His work focuses on the development of HelpAge’s organisational strategy. He also works on issues of ageing and health.

He holds Masters’ degrees from Cambridge and Bristol Universities. Before joining HelpAge, he worked for a number of development agencies, including VSO and ActionAid.